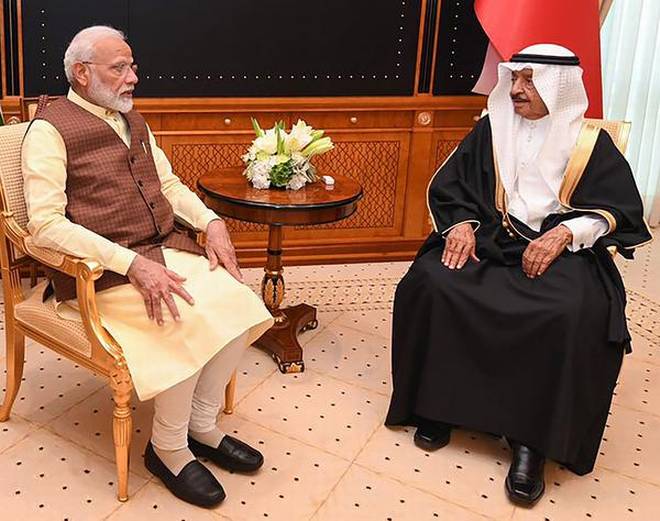 MANAMA: In a veiled attack on Pakistan, India and Bahrain on Sunday called on the international community to reject the use of terrorism against other countries as both sides agreed to further enhance cooperation in the field of security and counter-terrorism.

“Both sides called on all states to reject the use of terrorism against other countries; dismantle terrorism infrastructures where they happen to exist and to cut off any kind of support and financing to the terrorists perpetrating terrorism from all territories against other states; and bring perpetrators of acts of terrorism to justice,” the statement said without referring to any country.

India has been pressing Pakistan to end its state policy of backing cross-border terrorism and its support to terror groups on its soil.