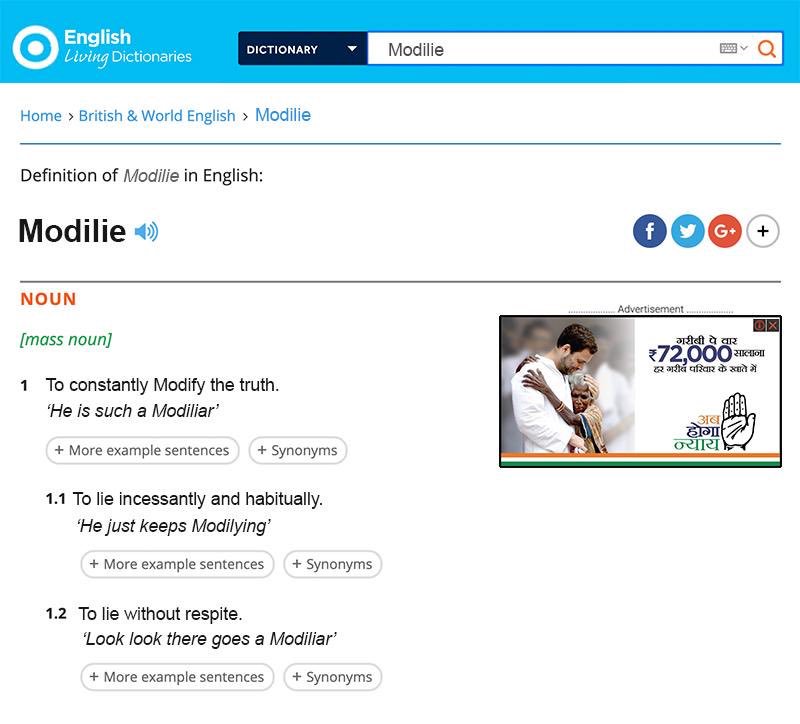 NEW DELHI: Oxford Dictionaries said on Thursday that the word “Modilie”, used by Prime Minister Narendra Modi’s critics to take a swipe at him, is “fake” and does not exist in any of its dictionaries.

The assertion from one of the world’s most recognised English language dictionaries through its verified Twitter account came a day after Congress president Rahul Gandhi used the term to take a dig at Modi.

“We can confirm that the image showing the entry ‘Modilie’ is fake and does not exist in any of our Oxford Dictionaries,” it said.

He had Wednesday tweeted a screen shot of what appeared to be an online dictionary, saying, “There’s a new word in the English Dictionary. Attached is a snapshot of the entry.” (AGENCIES) 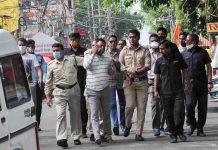