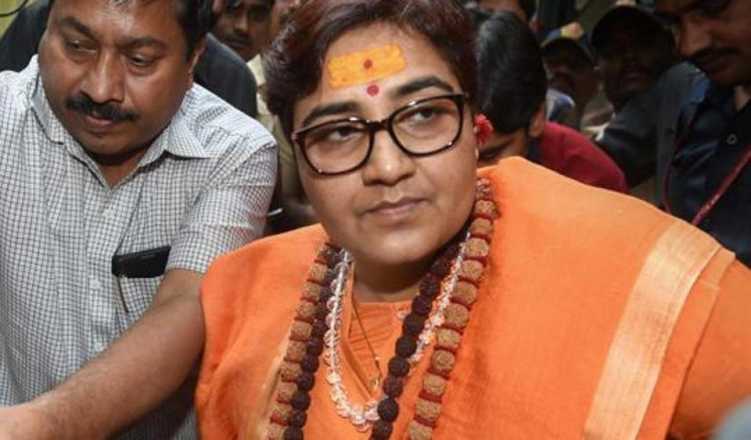 BHOPAL/NEW DELHI: BJP’s Bhopal Lok Sabha candidate and Malegaon blast accused Pragya Singh Thakur Thursday lauded Mahatma Gandhi’s assassin Nathuram Godse as a “patriot”, sparking an outrage from the Opposition with the Congress alleging that “insulting martyrs is in the DNA” of BJP, which also condemned her remarks.

“Nathuram Godse was a deshbhakt (patriot), he is and will remain a deshbhakt. Those calling him a terrorist should instead look at themselves. They will be given a befitting reply in this election,” the controversial leader said in Agar Malwa in Madhya Pradesh while attending a roadshow.

She was replying to a question over actor-politician Kamal Haasans remark that independent India’s first “extremist was a Hindu”, a reference to Godse.

Her remarks created a major row with the opposition parties attacking her and the BJP with the NCP saying people can now see the “real face” of the Amit Shah-led party and the Congress demanding an apology from Prime Minister Narendra Modi.

The BJP immediately got into damage control and distanced itself from Thakur’s statement and asked her to tender a public apology, which the controversial leader did.

“We completely disagree with her statement with regard to Mahatma Gandhi. We strongly condemn this statement. The party will seek clarification from her as to why she gave this. It would be proper for her to seek and tender a public apology for her objectionable statement,” BJP spokesperson G V L Narasimha Rao said in a statement. (AGENCIES)