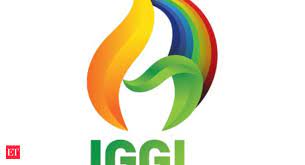 Guwahati, Sept 22:The Indradhanush Gas Grid Limited (IGGL), joint venture of five oil and gas public sector undertakings, has achieved a physical progress of 42.94 per cent and a capital expenditure of Rs 1556.46 crore for the 2021-22 financial year, according to a company release here on Thursday.
IGGL Chairman Atindra Roychoudhury said this while addressing the fourth annual general meeting.
“The company achieved a capital expenditure of Rs 1556.46 crore and physical progress of 42.94 per cent in the financial year 2021-22”, he said.
The AGM was conducted in both physical and virtual mode and was attended by its directors, shareholders and other stakeholders, the release said.
The IGGL is a joint venture of IOCL, ONGC, GAIL, OIL and NRL and is implementing the North East Gas Grid (NEGG) project connecting the capital cities and major demand centres of the North Eastern part of India to build a gas-based economy in the region.
The NEGG is implemented as per the Hydrocarbon Vision 2030 of the North East.
The NEGG project is scheduled to be completed by March 2024, the release added. (PTI)