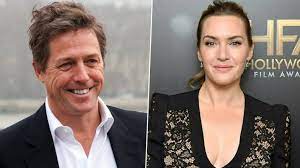 Los Angeles, Dec 7:Actor Hugh Grant is set to return to HBO with a guest starring role in the premium cable network’s upcoming limited series “The Palace”.
The “Notting Hill” star previously starred in the critically-acclaimed limited series “The Undoing” at the network. He received both an Emmy and Golden Globe nomination for his work on the show, which also starred Nicole Kidman.
According to entertainment website Variety, details of Grant’s character are being kept under wraps.
The British actor joins previously announced cast members Kate Winslet, Matthias Schoenaerts, and Andrea Riseborough in the series.
“The Palace” is described as a show that “tells the story of one year within the walls of the palace of an authoritarian regime as it begins to unravel.”
Will Tracy serves as writer, executive producer, and showrunner on the series, which will be directed by Stephen Frears. Frears will also executive produce “The Palace” along with Winslet. (PTI)