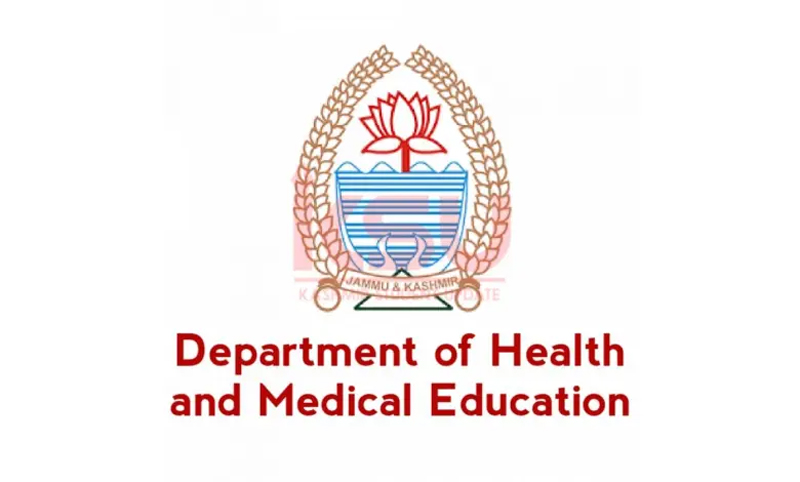 Govind Sharma
JAMMU, Jan 23: In a bizarre move, Health and Medical Education Department in J&K has proposed to delegate powers of executive heads of the medical institutions in the Union Territory to Administrators, Personal Officers (POs) and Administrative Officers of Government Medical Colleges and subordinate departments of the Administrative Department.
According to the draft proposal, the duties, responsibilities and functions of the Administrators, Personal Officers and Administrative Officers will be to look into matter of supervision of Non-Gazetted employees, personal matters of all employees (Gazetted/ Non Gazetted) viz. promotions, seniority lists, APRs, departmental enquiries/vigilance cases/in-situ promotions etc), public grievances and their redressal, timely reference of vacancies, ensuring updated seniority lists of employees, budget and planning matters, etc.
Further all matters training of Non-Gazetted employees, Estates Division of Medical College(s) particularly providing of accommodation to staff/ students, maintenance of Government accommodations, electrification, sanitation, cleanliness in and around hostel premises etc, monitoring of funds provided by the J&K NHM under various schemes and providing of utilization certificates thereof, monitoring of Hospital Development Funds on monthly basis and its utilization thereof, RTI Act/Rules, All Information Technology (IT) related issues and timely updation of official website(s), vigilance for the concerned Medical College(s)/departments, all the affairs of the students of the Medical College, sanitation & cleanliness and securities will be looked after by these bureaucrats.
As per the proposal, the files and information submitted to the Administrative department will move upwards in hierarchical/ pyramid pattern from Administrative Officers to Personal Officers and Personal Officers to Administrators of Medical Colleges of Srinagar and Jammu, except policy decisions/issues which shall be decided by the concerned Principal.
Further, according to the proposal, the hierarchical channel/pyramid for examining/routing the files and submitting the information to the Administrative Departments as well as concerned quarters, the concerned Administrative Officers of the institutions namely GMC Kathua, GMC Rajouri, GMC Doda, GMC Baramulla, GMC Anantnag, Indira Gandhi Government Dental College Jammu, Government Dental College Srinagar, Government Unani Medical College Ganderbal, Government Ayurvedic Medical College Akhnoor, Directorate of Health & Family Welfare, MCH & Immunization and Drug & Food Control Organization shall directly route files to the concerned HoD/Principal respectively.
The proposal of the J&K H&ME Department has drawn flak from the medical faculty and their associations. Criticizing the J&K administration for disempowering Principals of Medical Colleges, medical experts said that while doctors all over India are demanding separate cadre of Indian Medical Services so that the administration of doctors is managed by doctors themselves, J&K administration is trying to snatch rights of Principals of Medical Colleges.
The decision is in violation of National Medical Commission (NCM) guidelines wherein Principals are administrative, clinical and academic heads of the Medical Colleges, experts said. They said in modern India’s health policies, the Medical Colleges are enshrined as independent academic bodies for academic and clinical excellence prototype of which are AIIMS, PGI, and JIPMER. The move to turn Principals of these Medical Colleges into ceremonial heads is a major setback to the healthcare system of J&K, they added.
Medical Faculty Association (MFA) of Government Medical and Dental College Srinagar said that the draft proposal regarding diversion of administrative powers of Principal Government Medical College Srinagar/Jammu to the Administrators of Associated Hospitals is clear infringement on the rights and jurisdiction of the executive heads of the medical institutions.
“It is a clear infringement on the rights and the jurisdiction of the executive heads of the medical institutions ensured by the National Medical Commission and the University Grants Commission. The proposal is against the affairs of Undergraduate/Postgraduate/Postdoctoral students where Principal is signatory between National Medical Commission, the university of affiliation and the students. It is likely to adversely affect the recognition of the courses at all levels, the Association said.
MFA urged the Government not to go ahead with the draft proposal so as to ensure the respect and the rights of the executive heads of medical institutions of repute like GMC Srinagar/Jammu.
“The proposal is laced with contempt for the health experts and doctors, and aimed at undermining the institution of medical professionalism and decades of experience in dealing with integral health systems,” a senior faculty member of GMC Jammu said. He added that the proposal is against the best interests of patient care as the nuances of Healthcare and Medical Education can better be understood by an administrative head from a medical background.
Expressing its resentment over the draft proposal, Resident Doctors’ Association, GMC Srinagar and Associated Hospitals said, “The proposal is outrageous and demeans the chair of the Principal of the Medical Colleges. It is directly against the interests of Undergraduates/Postgraduates and other students of medical and paramedical fields. The move can potentially disrupt the normal working environment of the medical institutions.”
Medical Faculty Forum, GMC Anantnag said that the measures proposed by the H&ME Department will be detrimental for the independence and healthcare in Medical Colleges. “There has been as absolute harmony in functioning of these institutions between the Principal/Dean and administrators of these colleges for decades and this harmony should not be disturbed by intervention at higher level,” the Forum added.