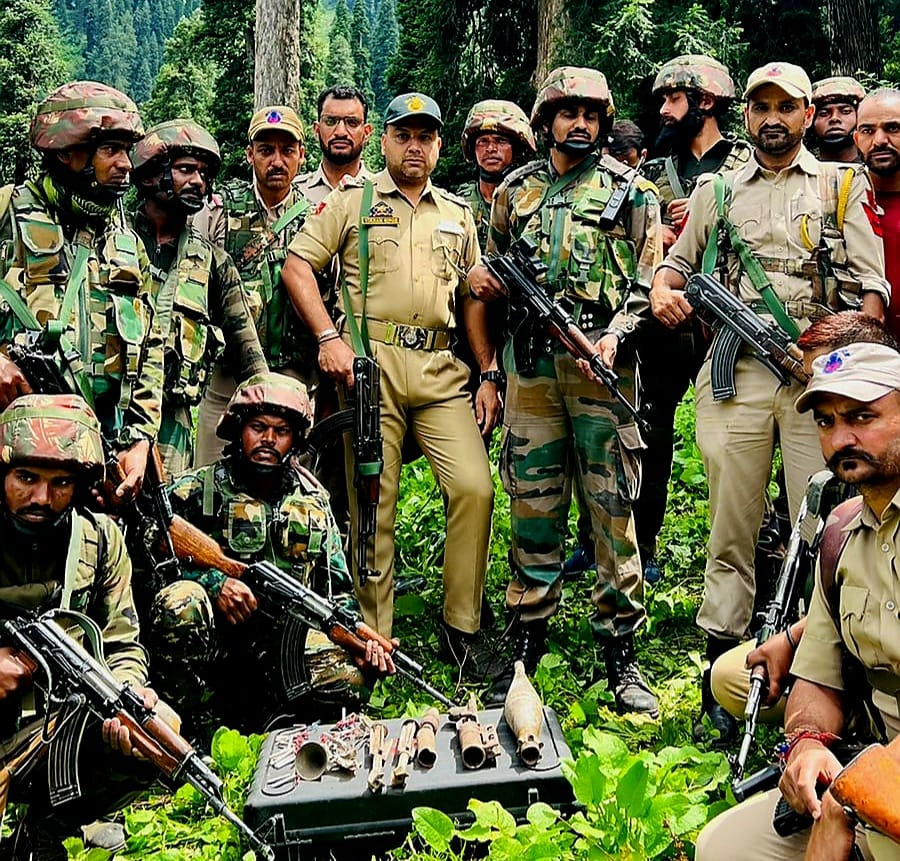 BHADERWAH, July 22: Security forces on Friday busted a hideout and recovered arms and explosive material in Doda district, police said.
On specific information, the J and K Police and the Army’s Rashtriya Rifles launched a joint operation in Khasodi Chansar forest of Gandoh area and busted an old hideout of terrorists, a statement issued by police said.
One Under Barrel Grenade Launcher (UBGL), one UBGL grenade, one RPG shell, 25 electronic detonators and two UBGL accessories were recovered from the hideout in a rusted condition, it said.
A case was registered at Gandoh police station in this connection and investigation taken up, police said.
The area from where the arms and explosive material were recovered was infested with militancy in the past, they said. (Agencies)