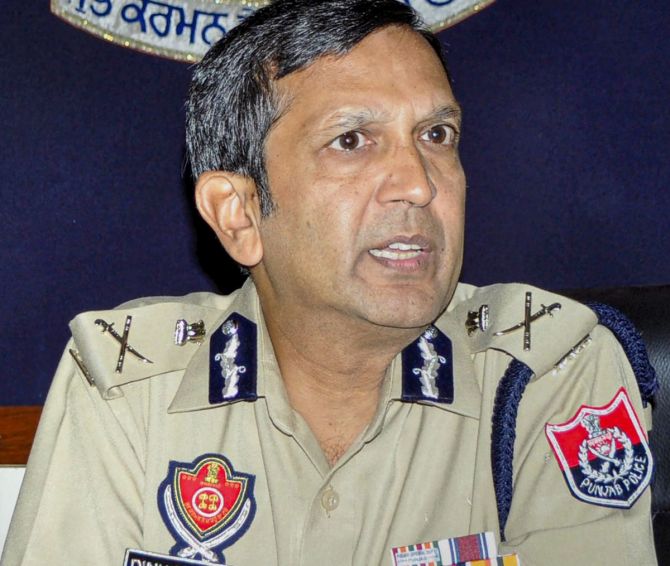 JAMMU, July 2: With a view to keep security arrangements for Shri Amarnath Ji pilgrimage at the highest level, the Central Government will be deputing heads of all major paramilitary forces in Jammu and Kashmir for constant review of the security measures.
National Investigation Agency (NIA) newly appointed chief Dinkar Gupta is in Kashmir valley on his first visit to the Union Territory as head of the force. Though the NIA isn’t directly connected with security arrangements for Shri Amarnath Ji pilgrimage, it’s sleuths are involved in conducting anti-terror operations against militancy funding and other such offences to keep terror under control.
“The NIA has been investigating a series of anti-militancy cases especially terror attacks, cross-border funding, hawala transactions etc in Jammu and Kashmir,” sources said.
The heads of all major paramilitary forces whose troops have been deployed in Jammu and Kashmir for security arrangements of Shri Amarnath yatra will also be travelling to the Union Territory especially the Valley for constant review of security measures.
“Army chief Gen Manoj Pande will also be visiting Jammu and Kashmir shortly,” sources said.
Army has been deployed in twin tracks of Baltal and Pahalgam as well as the cave shrine for security of the pilgrims.
The Border Security Force (BSF), Central Reserve Police Force (CRPF), Central Industrial Security Force (CISF), Indo-Tibetan Border Police (ITBP) and Sashastra Seema Bal (SSB) have been deployed for security arrangements. However, maximum companies belonged to the CRPF.
Security of entire Jammu-Srinagar National Highway is under control of the CRPF along with Jammu and Kashmir Police. CRPF personnel have also been deployed at Lakhanpur, the gateway of Jammu and Kashmir, besides Pathankot-Jammu National Highway.
“Even while sitting in their headquarters in New Delhi, the chiefs of paramilitary forces are regularly assessing situation in Jammu and Kashmir with regard to Shri Amarnath Ji yatra security,” sources pointed out.
However, later they will travel to Jammu and Kashmir for review of the security arrangements on spot, they said.
The 43-day long Shri Amarnath Ji pilgrimage in South Kashmir Himalayas started on June 29 from Jammu and June 30 from twin tracks of Pahalgam and Baltal and is progressing smoothly with heavy rush of pilgrims.
While the Government is expecting eight lakh pilgrims to undertake journey to the cave shrine, sources said the number could be slightly less but still it will be quite good yatra going by the response among the pilgrims drawn from across the country.
The yatra will conclude on August 11 coinciding with Raksha Bandhan.
The Union Ministry of Home Affairs has deployed 35,000 additional companies of paramilitary forces in Jammu and Kashmir for security of the pilgrims. Jammu and Kashmir Police and Jammu and Kashmir Armed Police have also engaged large numbers of their cops for protection of the yatra. Army troops are taking control of the tracks and cave shrine area.
As reported, 200 high-powered bulletproof vehicles have been deployed in sensitive locations along with security forces to detect explosives as well as other tasks to ensure safe and secure yatra in Jammu and Kashmir.
These vehicles, as per the sources, are equipped with a high-powered automatic mapping facility, and the ability to move easily in planes, forests, water as well as places on heights.
Besides, they said, the key specialization of these vehicles is to detect Improvised Explosive Devices (IEDs), which pose major threat to the yatra which began on June 29 from Jammu and next day from Baltal and Pahalgam base camps.
Many of the 200 vehicles have “Deep Penetrating Radar (DPR) to detect IEDs on routes connecting Srinagar and Jammu to Shri Amarnath.