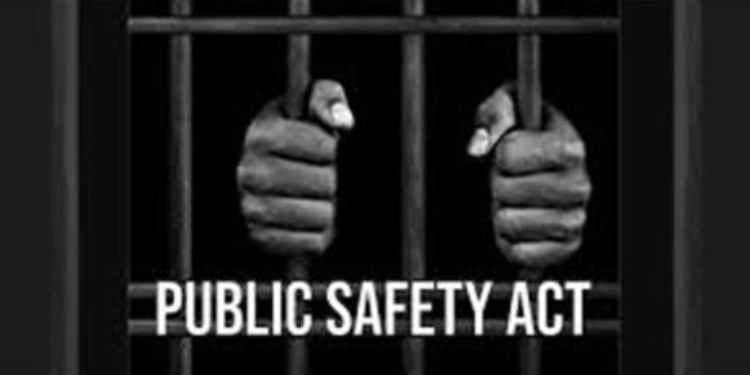 JAMMU, July 2: Two Over Ground Workers (OGWs) allegedly involved in anti-national activities were booked under the stringent Public Safety Act (PSA) in Doda district today.
They have been identified as Saqib Hussain Mir son of Mohabatr Hussain, a resident of Banola-Chiralla and Adil Iqbal Batt son of Mohammad Iqbal Batt of Sazan-Bhagwah.
SSP Doda Abdul Qayoom said the duo were found running terror modules to revive militancy in Doda at the behest of a local militant Mohammad Amin alias ‘Khubaib’ of Kathwa-Phagsoo (Thathri) who is presently operating from across the border.
“The activities of Mir and Batt were highly detrimental and prejudicial to the security of the Union Territory of Jammu and Kashmir. Acting on the dossier of police, the Doda DM ordered detention of both the OGWs under PSA to prevent them from acting in any manner prejudicial to the security of Union Territory of Jammu and Kashmir,” a police spokesman said.
He said Khubaib, who joined militancy in early 1990s and crossed the border for arms training in Pakistan, is making desperate attempts from across the border to revive militancy in Doda by instigating the local youth for subversive activities.
Mir and Batt are closely linked to Khubaib and are persuading the local youth to join militancy, the spokesman said.
The arrests of the Over Ground Workers earlier followed by their detention under the Public Safety Act was done under the supervision of SSP Doda Abdul Qayoom, who personally monitored the case.
Sources said detention of the OGWs under the Public Safety Act will go a long way in curbing militant activities in Doda district.
Some militant outfits and their commanders sitting in Pakistan are trying their best to revive militancy in Doda district but series of steps taken by Doda Police in coordinating with security forces have foiled designs of the militants.