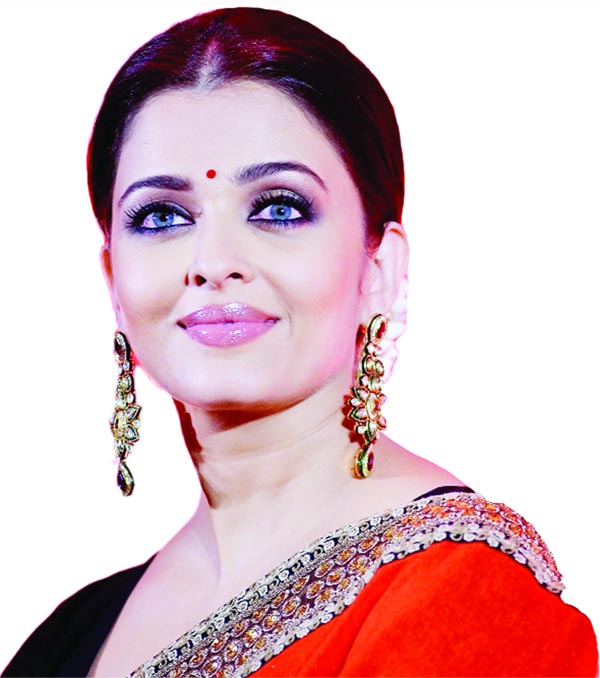 Aishwarya Rai Bachchan, who completes 25 years in show business, says she is grateful for the “unfading love” of fans that has helped her be “a bit of an alchemist” in the evolution of “us as women”.
Aishwarya has been a part of the entertainment industry since she won the Miss World title in 1994, which eventually led to her cinema debut three years later with Mani Ratnam’s Tamil political drama “Iruvar”. She made her Bollywood debut the same year with “Aur Pyaar Ho Gaya”.
“I am grateful to the audience for their unfading love. The way they have supported, embraced and encouraged me… I have been loved and it is a unique blessing,” the actor told PTI in an interview.
Aishwarya, 45, said people initially did not understand her motivation behind working in regional cinema or collaborating with a certain director, but she liked exploring new paths in her career.
“Right now, I will be working with Mani Ratnam because I want to work him. It is a simple earnest reason to do the film and that’s how I have worked over the years.
“I am very grateful that I kind of had the opportunity to be a bit of an alchemist in little changes and discoveries or the evolution of us as women in the present time in our work field. I don’t want to question it,” she added.
It will be Aishwarya’s fourth collaboration with Ratnam after “Iruvar”, “Guru” and “Raavan”.
One of the first female stars from the Hindi cinema to cross over to the West with films such as “Pink Panther”, “Mistress of Spices” and “Bride & Prejudice”, Aishwarya has now lent her voice for Angelina Jolie in the Hindi dubbed version of Disney’s “Maleficent: Mistress Of Evil”.
Aishwarya, who last played a negative role in Rajkumar Santoshi’s “Khakee”, recalls how the director kept secret about her character’s turnaround till the interval. “He was so clever, he revealed it (my grey part) to me half-way through the movie. And I was so cool about it. Anything different has always excited me,” she said.
The actor said it felt prophetic to voice Jolie’s character in Hindi as she had watched the film in the same week the offer came to her.
“The idea of doing a voice-over than an actual performance delivered by another actor was interesting and unique. It all happened very quickly and suddenly. I surrendered to what I felt was some kind of divine push.”
Aishwarya revealed her daughter Aaradhya was the most happy when she heard her talk about “Maleficent”.
“Aaradhya and we loved ‘Maleficent’ as a character.”
There is an ongoing debate for better written roles for women in cinema, something that Aishwarya believes will continue for a while.
“It is a discussion that is on-going in every industry. There is a definite urge for writers to write a lot more for women. To be able to do a lot more in the narrative, actors will seek that.
“Women writers say they want to be encouraged by the system to write freely without having to conform with what investors perceive might work and women filmmakers want to tell a story for what it is.”
But she believes for such stories to work at the box office, audience support is important.
“If the audience is coming and watching these films, there will be more writers. The audience needs to respond and they say they are supporting but it doesn’t translate to numbers. So it is a bit of a vicious circle.
“But at this side of the table, everybody is seeking a lot of opportunities as one would. This is happening in the West very strongly. That’s why there are a lot of bodies over there to encourage women as there are a lot more opportunities in various vocations of filmmaking. I hear a lot of that (happening) here as well. Hopefully, it will gain momentum and be encouraged by the system.”
Directed by Joachim Rønning, “Maleficent: Mistress of Evil” is slated to release on October 18 in India, in English and Hindi.