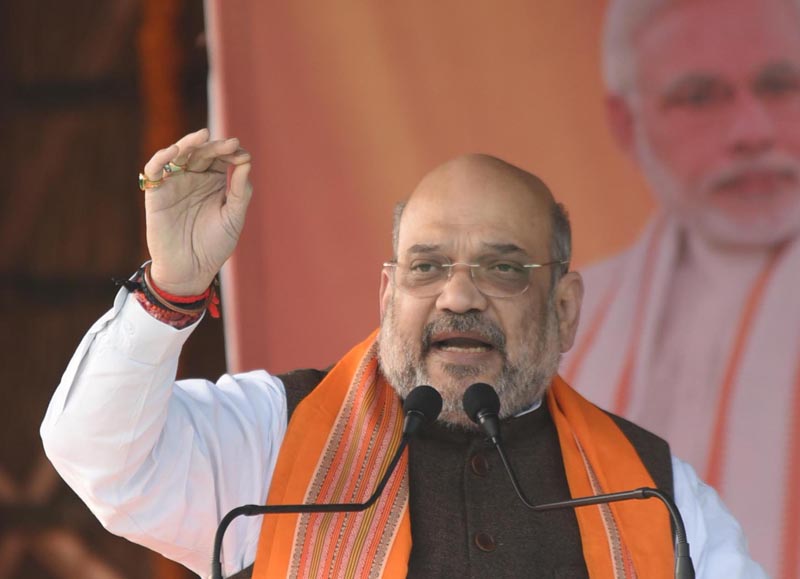 NEW DELHI, May 17: Union Home Minister Amit Shah on Sunday said the announcement of the fifth and final tranche of an economic package by the Modi government will go a long way in realising the idea of a self-reliant India.
In a series of tweets, Shah said the additional allocation of Rs 40,000 crore under MGNREGS will help in generating employment for the poor and migrant workers and create durable livelihood assets, which will greatly boost the country’s rural economy and infrastructure.
“Today’s announcements by Modi govt will go a long way in realising the idea of AtmaNirbhar Bharat.
“These steps will prove to be a game changer for health, education and business sectors, which will provide employment to crores of poor. I thank PM @narendramodi & FM @nsitharaman,” he said.
Shah said while Prime Minister Modi’s leadership in handling COVID-19 has outshined several developed nations, he has resolved to prepare India for any such pandemic in the future, by strengthening and revamping India’s health sector.
The home minister said the Modi government has decided to increase India’s health expenditure to create infectious diseases hospital blocks in every district, strengthening laboratories network and surveillance and encouraging research.
“I am sure this foresight will take India way ahead in the medical sector,” he said.
Shah said the central government has decided to increase borrowing limit of states, which will give them an extra resource of Rs 4.28 lakh crore.
He said the Centre had previously given Rs 46,038 crore through devolution of taxes in April, revenue deficit grants of Rs 12,390 crore and State Disaster Response Funds to the tune of Rs 11,000 crore.
Finance Minister Nirmala Sitharaman on Sunday announced plans to privatise PSUs in non-strategic sectors and suspend loan default-triggered bankruptcy filings for one year.
Sitharaman announced a Rs 40,000-crore hike in allocation for the rural employment guarantee scheme to provide jobs to migrant workers.
She raised the threshold of insolvency proceedings to help the industry deal with COVID-19 pains. The finance minister also announced a new policy for companies under state control, saying PSUs in non-strategic sectors will be privatised while those in the identified strategic sector would be capped at four with the rest to be merged or sold.
Sitharaman said the five-part stimulus together with the March 26 announcement of free foodgrain and cooking gas to the poor and some cash to the vulnerable sections for three months and RBI’s Rs 8.01 lakh crore worth of liquidity measures swell the size of the COVID-19 economic package to Rs 20.97 lakh crore. (PTI)