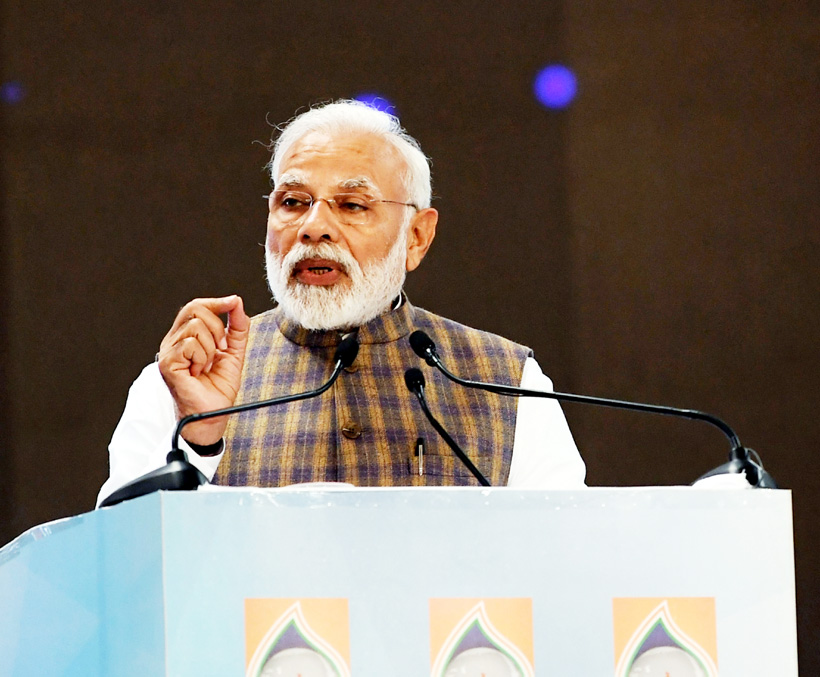 KURUKSHETRA: Prime Minister Narendra Modi on Tuesday said his Government will speed up the campaign to rid the country of the corrupt, claiming that only such people had a problem with him while the honest trusted the ‘chowkidar’.
Modi sought people’s support in the campaign while addressing a gathering here at the “Swachh Shakti 2019”, an event to recognise the leadership role played by rural women in the Swachh Bharat Mission towards achieving a clean and open defecation free (ODF) country by October 2 this year.

The PM also inaugurated and laid the foundation stone for six projects, including the National Cancer Institute in Jhajjar, Shri Krishna Ayush university in Kurukshetra and ESIC Medical College and Hospital at Faridabad from here.

“In 2014, you gave your votes for an honest and transparent Government. Middlemen and those who snatched the rights of the poor have been eradicated from the system,” Modi told the gathering.

“Every honest person in the country trusts this ‘chowkidar’ (watchman), but those who are corrupt, have a problem with Modi,” he said.

Modi said some people in Haryana are worried over the ongoing investigations by probe agencies against them.
(AGENCIES)