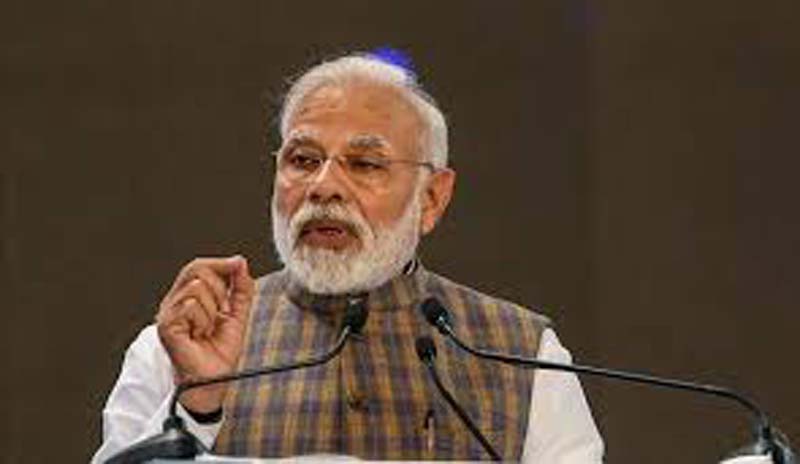 * Don’t confine to urban areas only

JAMMU, Jan 18: As the Central Government today launched its first public outreach programme in Jammu and Kashmir with the visit of three Union Ministers and 40 others scheduled to tour the Union Territory during one week, Prime Minister Narendra Modi has called upon the visiting Ministers to spread the message of development in J&K with special focus on rural areas.
The public outreach programme began today with the meetings of three Union Ministers including Dr Jitendra Singh, Arjun Ram Meghwal and Ashwani Choubey while several other Ministers including Law and Communication Ravi Shankar Prasad, Railways and Commerce Piyush Goyal, Human Resources Development Romesh Pokhryal ‘Nishank’, Tribal Affairs Arjun Munda and Women and Child Development Smriti Irani will be visiting different parts of the Union Territory till January 24.
In his message at a meeting last night to the Council of Ministers in the Union capital, Modi called upon the Ministers to spread the message of development among the people of Jammu and Kashmir through their visits.
“The Ministers shouldn’t confine themselves to the urban areas and visit rural and remote belts and interact with the people to brief them about the Central schemes which will benefit them a lot,” Modi said.
He called upon the Ministers to focus at the grass-root level.
Modi said the people must be made aware about the benefits they would have in fast-paced development and implementation of Centrally Sponsored Schemes and Prime Minister’s Development Plan (PMDP).
The Prime Minister also called upon the visiting Central Ministers to directly interact with the rural population and make them aware about the Central decisions on Jammu and Kashmir which have been taken in large interests of the people of the erstwhile State.
The Central Government was confident that the Union Territories of Jammu and Kashmir and Ladakh will usher into new era of development as the Centrally Sponsored and other development schemes will be regularly monitored by the Central Ministers and the administration of the two UTs.
Sources said the Prime Minister’s message to the Council of Ministers was clearly aimed at development of the rural areas and apprising the people about their welfare under the Central Government decisions on Jammu and Kashmir, which was also the main motive of the public outreach programme.
While around 40 Ministers will visit different parts of Jammu and Kashmir from January 18-24, the Ministers, who will not be able to visit the Union Territory during this week, will undertake visits during Phase-II of the public outreach programme which was expected to be held after by-elections to over 13,000 posts of Panchayats, scheduled to be held in February-March.
“Initially around 60 Ministers were scheduled to visit Jammu and Kashmir and the public outreach programme was to last about a fortnight. However, there were reports that the Election Authority could announce schedule of by-elections to 13,000 vacancies in the Panchayats around January 25 and, therefore, the public outreach programme was confined to week and will now end on January 24,” sources said, adding that the second phase would be held after the Panchayat by-elections in March.
In the second phase, the Central Government proposed to hold rallies of Defence Minister Rajnath Singh as well as Home Minister Amit Shah while Law and Communication Minister Ravi Shankar Prasad, Railways Minister Piyush Goyal, Women and Child Development Minister Smriti Irani and Union Minister of State in the Prime Minister’s Office (PMO), Dr Jitendra Singh are part of the first phase of Ministers.
The visiting Ministers, according to sources, will review rapid development in all sectors after imposition of President’s Rule in the erstwhile State in June 2018 and August 2019 when special Constitutional provisions of J&K were scrapped and the erstwhile State was bifurcated into the two Union Territories of J&K and Kargil.
“As top representatives of the Central Government like Railways Ministers Piyush Goyal, Human Resources Development Minister Ramesh Pokhryal `Nishank’, Power Minister RK Singh and Union Minister of State in the Prime Minister’s Office (PMO), Dr Jitendra Singh were among around 40 Ministers touring the Union Territory, they will also review the working of the projects being executed by their Ministries,” sources said, adding that the Union Territory Government has directed all the Administrative Secretaries to brace up for the visit and review of development works.
Sources said there will be specific review of development projects including the Centrally Sponsored Schemes and works taken up under the Prime Minister’s Development Plan (PMDP) during the visit of Ministers especially those whose Ministries were stakeholders in development projects in the Union Territory.