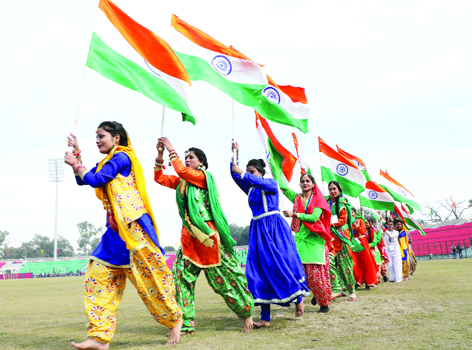 Sanjeev K Sharma
The historic developments of Abrogation of Article 370 and 35-A from the erstwhile Jammu and Kashmir State and its reorganization into two Union Territories (UTs) viz—J&K, and Ladakh by Indian Parliament on August 5, 2019 has almost effected each and every person in these two newly formed UTs. On the eve of 71st Republic Day we have interacted with people from different sections of the society in Jammu and collected their expectations and views post-August 5 scenario in J&K. Here is what they said. Dr Vijay Bhagat, of Arnia, a Medico by profession said though he welcomes Abrogation of Article 370 and 35-A, yet he wants the government to aware the public about laws which have replaced the old ones in the erstwhile J&K. He also said that the Lieutenant Governor should visit public to have first hand information on problems and issues confronting the masses. Dr Bhagat also said that the government should look into the sufferings of border residents and provide them free power and water supply. Girja Dhar, housewife, from Shanti Nagar said, abrogation of Article 370 and 35-A are great steps taken by the present government led by PM Modi but these developments should give benefits to the exiled community of Kashmiri Pandits by ensuring their return to their homes in Kashmir. She expected that the government should provide them proper accommodation in Kashmir ensuring their safe survival with dignity. She also said that relief of KPs should be hiked and Hindu temples and shrines in Kashmir should be protected and properly maintained. Mrs. Dhar also said that the government in the new system should make schemes for the benefit of women. Political Activist, Jaidev Rajwal said that August 5 decision of the Government was a best one as the Articles 370 & 35-A had kept the erstwhile J&K State under isolation for the last 72 years. These fraudulently inserted Articles disallowed development of J&K while selectively benefited separatists and their associates. On outsiders buying land here, he said, no one would be forced to sell their lands. Rajwal further said that now the Government employees in J&K will get salaries at par with central government employees, reservation to SCs, STs & OBCs will be given at par with the rest of country, private investment would bring quality healthcare to J&K and it will also create jobs and growth and make J&K a Medical Tourism hub. S. Tajinder Singh, M.D Harman Dance Institute at Upper Gadi Garh hailed government’s August 5, 2019 historic decision of abrogating Articles 370 and other provisions giving special status to J&K. He said, though downgrading the State to Union Territory was not a good thing yet it has done justice to the people of Jammu and Ladakh as they were suffering discrimination since independence at the hands of Kashmir centric rulers and politicians who were giving much importance to development of Kashmir and had spoiled the youth of Kashmir for their political interests which resulted in alienation of the Kashmiri youth resulting into militancy that claimed thousands of lives. Singh also said that formation of J&K, and Ladakh UTs has brought some hope for the people of these erstwhile divisions and today we see lot of developments being done in various areas of these two newly created UTs. He said that some vested interests are trying their best to regain their lost hold and popularity amongst their voters by opposing the development schemes of the government. Advocate Shafiq Chowdhary of Rajouri said that erstwhile J&K State was already suffering multiple problems like terrorism, unemployment, drug abuse, poverty and the government was required to focus on these issues instead of pushing the State backward. The State was our decades old identity and interestingly successive governments at New Delhi had already amended Article 370 more than 12 times and in fact it was just a hollow coat of 370 left, but diminishing State to a UT has literally hurt every individual here. Development of August 5, 2019 had shattered the dream and wishes of Maharaja. “Firstly we were a Princely State, then became a State and now we are further downgraded to a UT, this is very unfortunate,” he maintained. Hira Lal Thaploo, retired bureaucrat said, it Abrogation of Articles 370 and 35-A was a great development and solution to most of the problems of J&K. “We suffered because of this. It was due to wrong leaders of that time that such Articles were brought here,” he said adding that some who cry hoarse at present are having own vested interests. August 5, 2019 development will prove to be a single medicine for root cause of all the problems in J&K. People in J&K will benefit a lot now as new employment avenues will be generated because of many industries opening here and economy of J&K will too get a boost. Mr. Thaploo further said that communal elements are opposing these new developments in J&K but claimed that entire KP community is celebrating the abrogation of draconian articles and now expect more benefits at par with other UTs of the country.
Ankush Sangral, an Architect said he expect more developments in Jammu and Kashmir post August 5, 2019 developments. He said that with the reach of Central agencies in J&K now, corruption will too be tackled now effectively in government departments. Mr. Sangral also said that jobs for the youth in J&K should not be compromised with outsiders and land purchasing rights should also be of Himachal Pradesh type. He further said that industrial boost will surely be there in J&K but the need will be to check the entry of criminal elements in the J&K as this part of the country is already facing Pakistan sponsored terrorism. Roshi Sharma, a student said that new developments in J&K should usher new era for the student community. She said that now students don’t have to go outside to pursue higher education as with the Public-Private Partnership (PPP) model in education private universities will come to J&K and the quality education will be imparted to students. She said that with this poor students will benefit a lot. She also said that with new ventures in new atmosphere unemployment will also be removed to a large extent and J&K will surely progress and move ahead. S.C Dutta, Industrialist said post August 5 developments will surely good results in the newly created UTs J&K, and Ladakh. He said, now many industries will be started in J&K and industrial development will be ensured along with the development of many other sectors. Now there will be more incentives and open environment for industries but it will take some time. Consequently there will be more jobs and unemployment will reduce paving way for progress and development. Features link connectivity, smart city and boost to economy be ensured now and all this clearly shows that PM Modi has clear and clean intentions for the betterment of the J&K and its people. Mohan Lal Goswami, renowned Artist termed historic decision of Modi government of Abrogation of Article 370 and 35-A as fantastic and said that abrogated Articles were great obstacles in the progress of J&K. Now each and every individual of J&K UT will benefit from the ensuing progress in the new scenario. Goswami also said that now extremism will end in J&K and peace will prevail. He expected that in the new scenario honest leaders are expected to emerge. The Artist also said that after peace gets established in the UT of J&K the long awaited progress will naturally follow as intentions of the government are very clear as all needed care and help is being rendered to J&K in the present scenario where mischief mongers, howsoever big they be, are cooling their heels behind the bars.
Gagandeep Singh, Engineering Student said with the abrogation of Article 370 and re-organization the State of Jammu and Kashmir into Union Territory coming directly under Centre’s rule has raised hopes for development, better job avenues and opening of more educational and technical institutions locally in J&K. He also said that draconian Article 370 in the erstwhile J&K State was a big hurdle for the last over seven decades and the BJP leadership has removed it to give the region a new lease of life. The move also gave an opportunity for good governance which was absent earlier and there was rampant corruption and poor work culture in government offices. One can now look forward to better life and better job opportunities in the newly created Union Territory of J&.K. Major J.S Baloria, Ex-serviceman from Sainik Colony said even B.R Ambedkar was not interested in imposing Article 370 on J&K but certain politicians did so because of their vested interests. He said that many sections of the society like West Pak Refugees, Balmikis etc will now get chances of getting government jobs and voting rights. He said that Article 370 was the root cause of anti-India sentiments from certain sections in Kashmir valley. The retired Major said that staff of Civil Secretariat should be transferred to other UTs or States and vice versa for better administration. He also said that unique identity of Jammu should be preserved at every cost. Mr. Baloria further said that now step-motherly treatment with Jammu and Ladakh will surely end and new developments will take place. 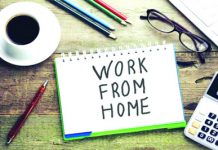 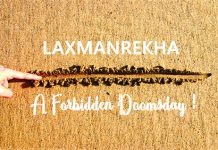