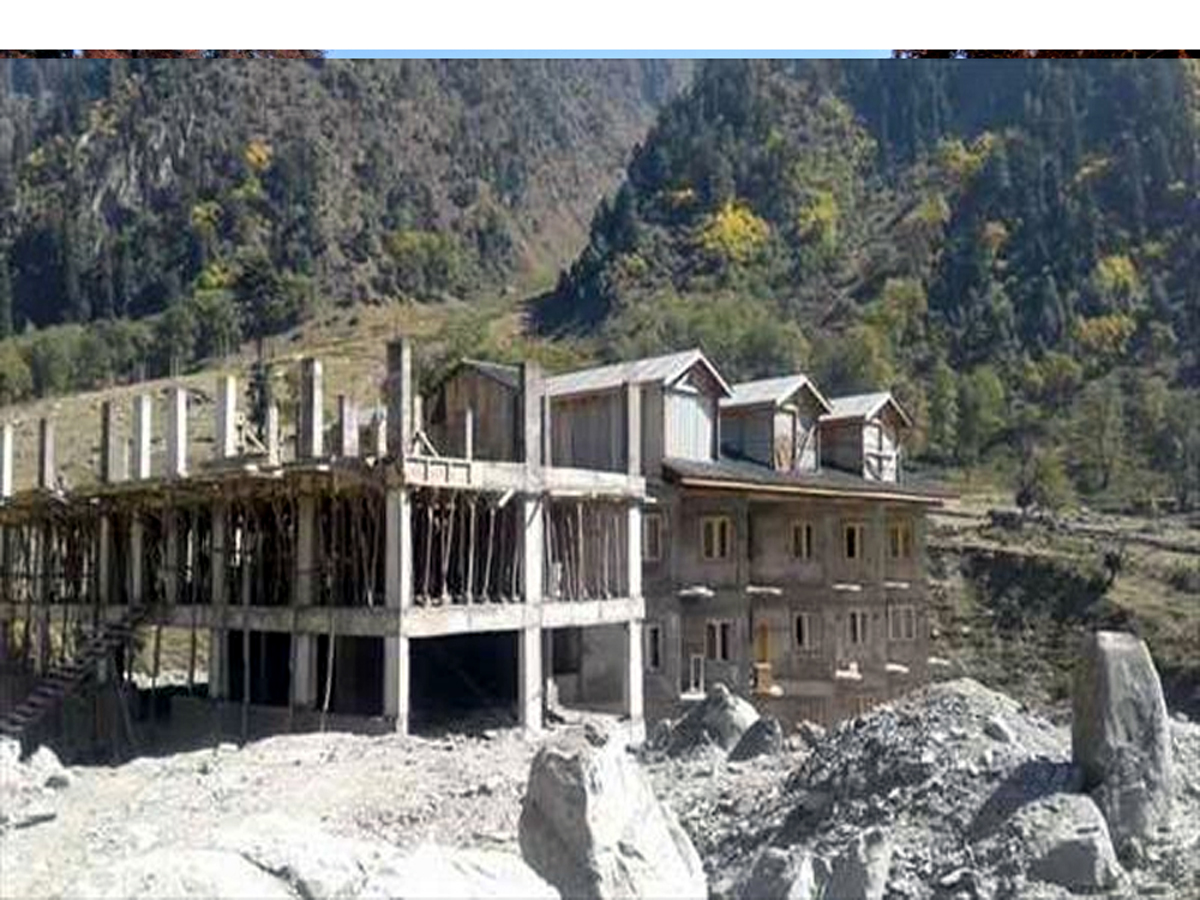 Srinagar, Sept 6: In a significant direction, the State High Court today directed the Government to strictly adhere to the procedures of land lease in Ski resort of Gulmarg so that no land is illegally occupied on the premises that these persons have grabbed it for decades.
The Division Bench of Chief Justice Gita Mittal and Justice Alok Aradhe observed that there are persons who have no allotment of land in their favour and are in possession of hundreds of kanals of land without any authority of law.
“The other category of persons is those who were allotted a small portion of land but they have encroached upon hundreds of kanals of land. This has to be addressed”, the bench remarked.
Court today passed these directions after dismissing a petition filed by owner of Hotel Nedous at Gulmarg seeking renewal of 98.11 kanals of lease land on the ground that similarly situated persons have not been evicted but only the petitioner has been signalled out.
The Division bench remarked that public property is valuable asset and directed State authorities to file details of all those cases where land has been given on lease and simultaneously has expired.
Court said details of all such cases be filed before the bench as soon as it is compiled. Court held that valuable public property cannot be taken only on the premise that someone has grabbed it for decades.
Counsel Anil Bhan appearing for the petitioner Nedous Hotel through its proprietor Umar Khaleel submitted before the Court that the land which was leased to the Hotel has expired but after the application for renewal of the land was administered before concerned authorities, no rejection order has been received by him then why his case has been singled out.
In its startling revelation before the Court, Additional Advocate General (AAG) B A Dar informed the Court that Hotel Nedous was only leased 2 kanals and 3 marlas of land in 1965 but over the years they encroached more than 98 kanals of land which has been retrieved and report has been already submitted before this court.
He further submitted that the lease of land was only for 20 years which got expired in 1985 but still the petitioner had encroached the State land which is violation of the law.
After hearing the State counsel, Division bench while referring to Government communication order dated 17 December, 1990 said that the said order clearly informs that lease of land to Hotel Nedous has expired and is conflicting with Master Plan and has to be dismantled.