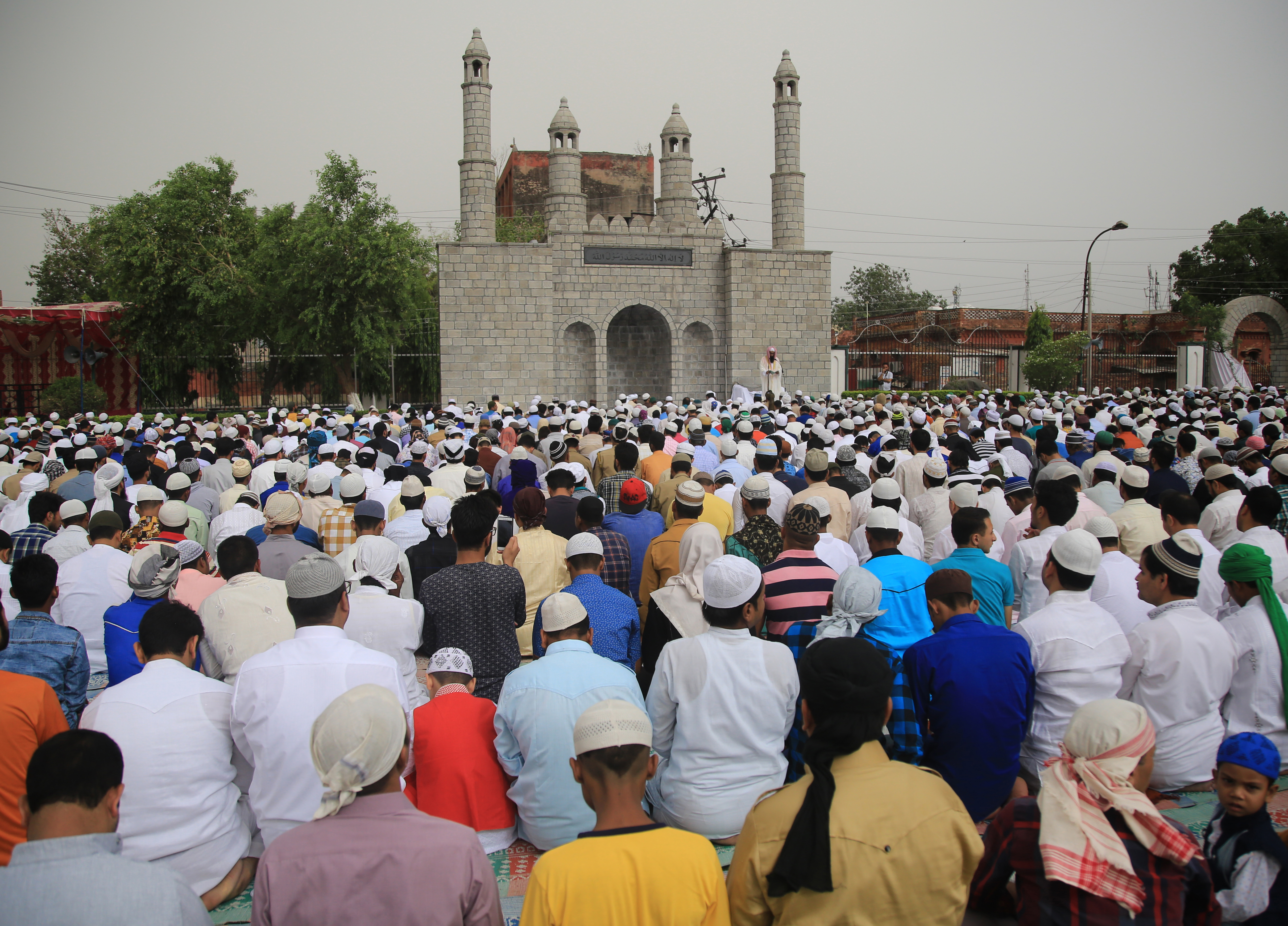 JAMMU, June 16: Eid-ul -Fitr was celebrated with religious fervour and gaiety across Jammu region today.
Thousands of Muslims thronged the various Eidgahs and mosques this morning to offer Eid Namaz, which was followed by exchanging the Eid greetings and pleasantries.
In Jammu, a large congregation was held at Eidgah, Residency Road Jammu where thousands of people, accompanied by their children, offered Eid Namaz and exchanged Eid greetings.
All the religious places of the Muslims were highly decorated and people thronged in large numbers to offer special prayers since early morning. On the occasion, Imam of the Masjid prayed for peace and harmony in the State.
The District Administration had made elaborate arrangements  for the smooth celebrations of Eid festival across the district.
The city markets were abuzz with lively activity and massive rush of people/ buyers  was witnessed on Residency Road, Raghunath Bazaar, Rajinder Bazar, Gandhi Nagar, Gole Market etc.  The markets near mosques in the Temple City had been well decorated to mark the Eid festival. Some people from the other community had raised stalls of  sweet  water and eatables  at some points nears mosques.
MLA Jammu East,  Rajesh Gupta, Divisional Commissioner Jammu Hemant Kumar Sharma, ADC  Jammu Arun Manhas besides other senior officers were also present on the occasion and exchanged the Eid greetings to Muslim brethren.
Reports of Eid celebrations have also received from other parts of the region including Samba, Kathua, Udhampur, Reasi,  Doda, Ramban, Rajouri, Reasi and Poonch areas.
In Ramban the biggest congregation took place at Jamia Masjid Sharif where hundreds of people performed Namaz-e-Eid and prayed for peace and development of the State. Several senior officers of the District Administration including SSP Mohan Lal and ADC Gurvinderjit  greeted the people.