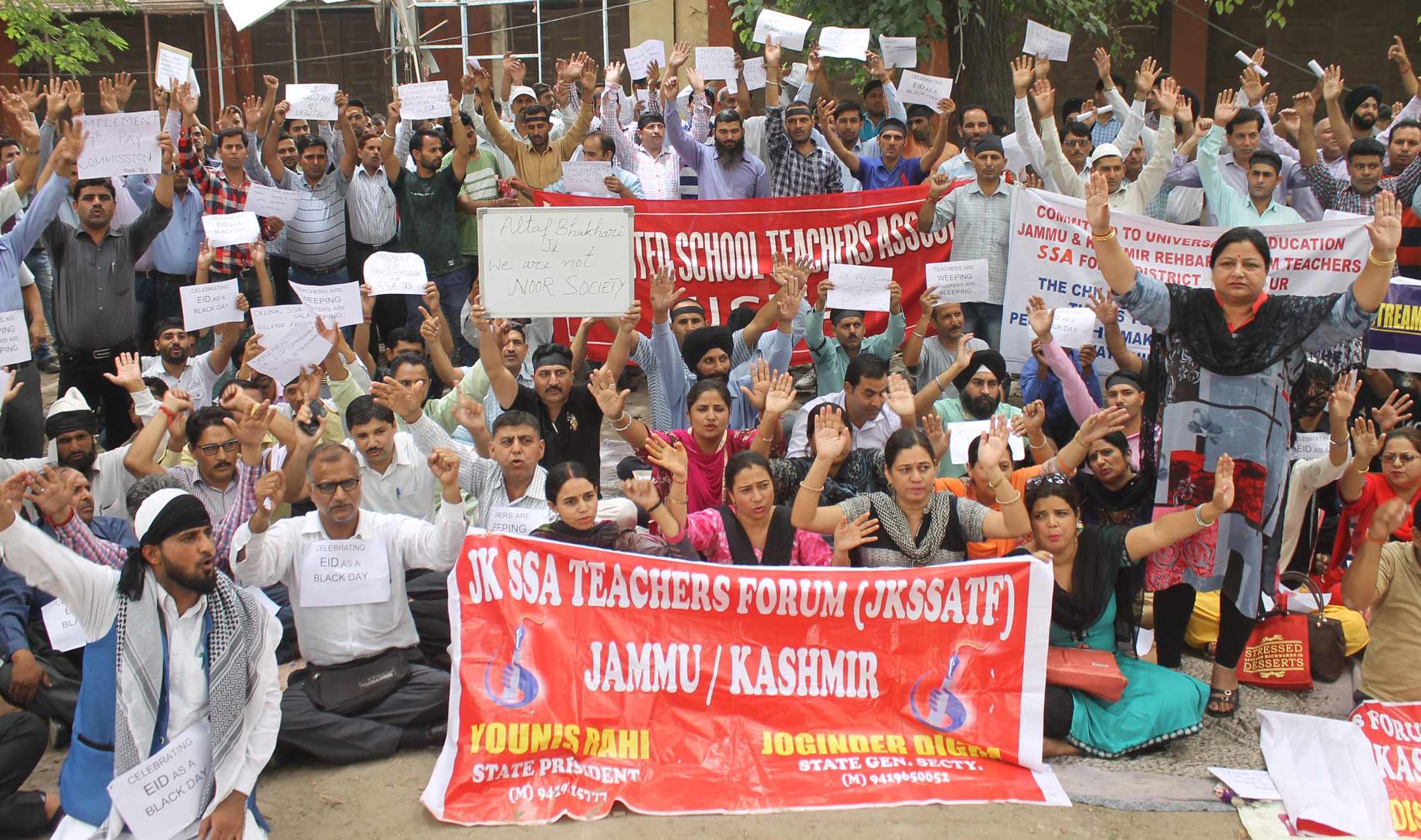 JAMMU/SRINAGAR, June 16: Demanding implementation of 7th Pay Commission, SSA teachers held protest and observed Eid as ‘black day’.
A large number of SSA teachers assembled at Exhibition Ground here under the banner of J&K SSA Teachers Forum and raised slogans against the Government and in favour of their demands.
State President Younis Rahi criticized the State Government for not implementing 7th Pay Commission in favour of SSA teachers.
“It is unfortunate that Government release the salary without 7th Pay Commission and the forum will not accept this attitude of the Government. This is discrimination with teachers, which are having all service book records and absorbed by the Government”, he added.
State General Secretary Joginder Digra said that 6th pay commissioner was given to all SSA teachers including regular education volunteers, RRT teachers under SSA Masters under SSA, so why State Government is not implementing the 7th Pay Commission in favour of SSA teachers.
Demanding linking of SSA teachers salary with the State budget,   Provincial President Rajesh Paul Singh warned to launch chain hunger strike if their demand not redressed.
Among others present were Shiv Dev Singh, State Organiser, Karan Singh, Provincial Coordinator, Sanjay Kumar Inqulabi, Provincial General Secretary, Varinder Sharma, District President Udhampur, etc.
Meanwhile, teachers working under the Sarva Shiksha Abhiyan (SSA) today held a protest here demanding regularisation of their jobs and release of pending salaries.
Observing a ‘black day’, hundreds of teachers assembled at Pratap Park on Residency Road soon after Eid prayers and raised slogans pressing for their demands.
The teachers accused the government of trying to mislead them by claiming that pending salaries were released.
“The money released before Eid was just one month’s salary. The Government should disburse all pending wages and regularise us or we will launch an agitation,” a protestor said.