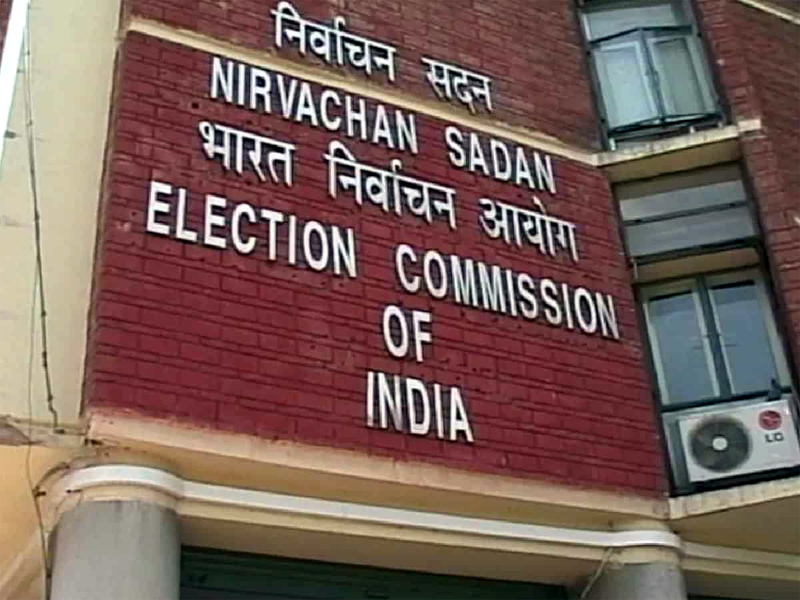 All 20 DCs to join through video conferencing

Will take feedback on electoral rolls

Excelsior Correspondent
JAMMU, Oct 2: The Election Commission of India (ECI) has called a high-level meeting on ongoing Special Summary Revision and related issues on Jammu and Kashmir with all 20 Deputy Commissioners, who have been designated as the District Electoral Officers (DEOs), tomorrow.
“The meeting is scheduled at 12 noon on Monday through video conferencing,” official sources told the Excelsior.
The meeting will be chaired by Dharmendra Sharma, Senior Deputy Election Commissioner in the Election Commission of India, they said.
The high-level meeting was earlier scheduled for October 4 but due to visit of Union Home Minister Amit Shah, it has been preponed to October 3.
In addition to the top officials from Chief Electoral Officer (CEO) of Jammu and Kashmir, all 20 Deputy Commissioners will join the meeting from their district headquarters through video conferencing.
“The meeting will review ongoing Special Summary Revision and Photo Electoral Rolls with reference to October 1, 2022 as the qualifying date,” the sources said, adding the Election Commission of India will take feedback from the District Election Officers on the latest status of Special Summary Revision.
Final Electoral Rolls of Jammu and Kashmir are scheduled to be published on November 25, as per the schedule notified by the Election Commission of India as well as the Chief Electoral Officer, J&K.
The Integrated Draft Electoral Rolls were published on September 25 by all 20 DEOs in J&K while the voters can file claims and objections till October 25, which will be disposed of till November 10. Checking of health parameters and obtaining Commission’s permission for final publication and updating database and printing of supplements will take place by November 19 while final electoral rolls will be out on November 25.
The Election Commission is anticipating significant increase in number of electorates as Special Summary Revision hasn’t been held in Jammu and Kashmir for the last three years. It was not held in 2019 due to August 5 decisions of the Central Government withdrawing special status of erstwhile State and bifurcating it into two Union Territories of J&K and Ladakh. It couldn’t be held again in 2020 and 2021 due to delimitation exercise.
There seems to be no possibility of conduct of Assembly elections in Jammu and Kashmir this year as after publication of final electoral rolls on November 25, harsh winter season will start from December and last till February. However, there are speculations that if everything goes well, the Assembly elections might be held in Jammu and Kashmir in April-May next year.
Election Commission is sole authority for conduct of polls, but it has to take reports of the Union Home Ministry and Jammu and Kashmir Government into consideration before taking a call on the polls due to militancy. It can also send independent observers to assess the situation.
Jammu and Kashmir is without Assembly since 2018. It was in July 2018 that the Bharatiya Janata Party (BJP) had walked out of Mehbooba Mufti-led PDP Government. The Legislative Assembly was then kept under suspended animation but was dissolved by then Governor Satya Pal Malik on November 21, 2018.
Since then, Jammu and Kashmir is without a Legislative Assembly.
The Central Government has already issued a notification saying that the orders of the Delimitation Commission which redrew electoral constituencies would come into effect from May 20.