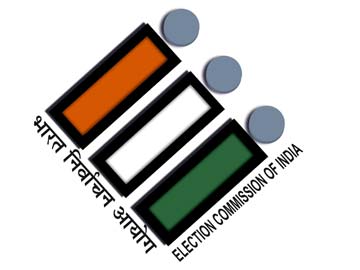 Excelsior Correspondent
JAMMU, Apr 25: The Election Commission of India (ECI) has called high-level meeting of top officials of the Jammu and Kashmir Government and its representative in the State in New Delhi tomorrow to discuss possibility for conduct of Assembly elections in the State in the wake of recent report submitted by its three Special Observers.
Top official sources told the Excelsior that Chief Secretary BVR Subrahmanyam, Chief Electoral Officer (CEO) Shailendra Kumar, Home Secretary Shaleen Kabra and Director General of Police (DGP) Dilbag Singh were likely to represent Jammu and Kashmir in the meeting called by the Commission.
Besides Chief Election Commissioner (CEC) Sunil Arora, both Election Commissioners Ashok Lavasa and Sushil Chandera would join the meeting, sources said.
The Commission is expected to take a call shortly on holding Assembly elections in Jammu and Kashmir, which were deferred during announcement of Parliament polls on March 10 by it citing security reasons, in June or defer them further to September-October.
“The meeting was earlier scheduled for today but was deferred to tomorrow in view of preoccupation of one of the top officials of Jammu and Kashmir,” sources said.
The Commission, sources said, would also take view point of the officials of Union Ministry of Home Affairs (MHA) before announcing its decision on the Assembly elections in the State.
“The problem in holding Assembly elections in June was very limited period of time between Eid on June 5 and deployment of security forces for annual pilgrimage of holy Amarnath Ji shrine from June 15 i.e. 15 days ahead of start of the yatra on July 1. However, final decision has to be taken by the Commission in consultations with the MHA officials and the State Government representatives as all stakeholders had to be ready for the exercise due to disturbed conditions in the Kashmir valley,” sources said.
They added that three Special Observers including Noor Mohammad, retired IAS officer, Vinod Zutshi, retired Deputy Election Commissioner and AS Gill, retired IPS officer, had submitted their report to the Commission giving options to the poll body on conduct of Assembly elections in the State, about 10 days back.
The Observers had suggested three options including holding the Assembly election in June between Eid and Shri Amarnath Ji yatra, September-October i.e. after completion of pilgrimage and Monsoon or November-December like 2008 and 2004 when Nomads also return to the plains from upper reaches and can cast their votes, which would increase the voter turnout.
Security agencies were of the view that it would require at least a fortnight to deploy para-military forces for annual Amarnath Ji pilgrimage, which would start on July 1 and culminate on August 15. Going by the yatra schedule, deployment of para-military forces would start on June 15. The holy month of Ramzan will end on June 5 with celebration of Eid.
There would be very less time available if the Election Commission had to conduct Assembly elections in six to seven phases after completion of process to the Lok Sabha elections. Counting of Lok Sabha elections will be held on May 23 while entire process for the polls has to be completed by May 27.
However, it will depend on the Election Commission and the Ministry of Home Affairs whether they go with holding elections in June keeping break of two to three days between the phases.
The advantage of holding Assembly elections in June is that nearly 450 para-military companies were already stationed in Jammu and Kashmir for conduct of Lok Sabha polls, which were being held in five phases. The same companies can be utilized for holding Assembly elections followed by Shri Amarnath ji yatra, sources said.
However, the problem in conduct of elections in June will be availability of very less time between Eid and start of deployment for pilgrimage. Moreover, there will be extreme hot weather in parts of Jammu region in the month of June.
As per the Election Commission guidelines, the Assembly elections had to be held within six months of dissolution of the House, that is before May 21, 2019 as previous Assembly was dissolved on November 21, 2018 by Governor Satya Pal Malik following claims and counter claims by two fronts-one led by the People’s Democratic Party (PDP) and another by Sajjad Lone’s People’s Conference-to form the Government. However, the Election Commission can defer the Assembly elections beyond six months in view of security considerations.
Governor’s rule was imposed in the State on June 19, 2018 following withdrawal of support to Mehbooba Mufti-led Government by the BJP. After expiry of six months term of Governor’s rule, the State came under the President’s rule on December 19, 2018, which too will expire on June 19, 2019.
If new Government is not formed till June 19, the Central Government had to extend the term of President’s rule by another six months.