E-Paper
Home Latest News Do not act on anonymous corruption complaints or face action: CVC to...

NEW DELHI: Anonymous corruption complaints should not be taken cognisance of, the Central Vigilance Commission (CVC) has told all Government departments, saying any violation of this guideline will be “viewed seriously”.

The move comes after the probity watchdog noticed instances wherein some departments/organisations were taking cognisance of anonymous complaints, despite strict guidelines issued by Department of Personnel and Training (DoPT) and the CVC.

“Such non-compliance/violation of guidelines by the concerned authorities would be viewed seriously,” said the order issued on Thursday. (AGENCIES) 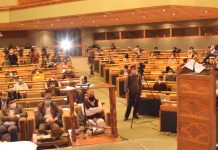