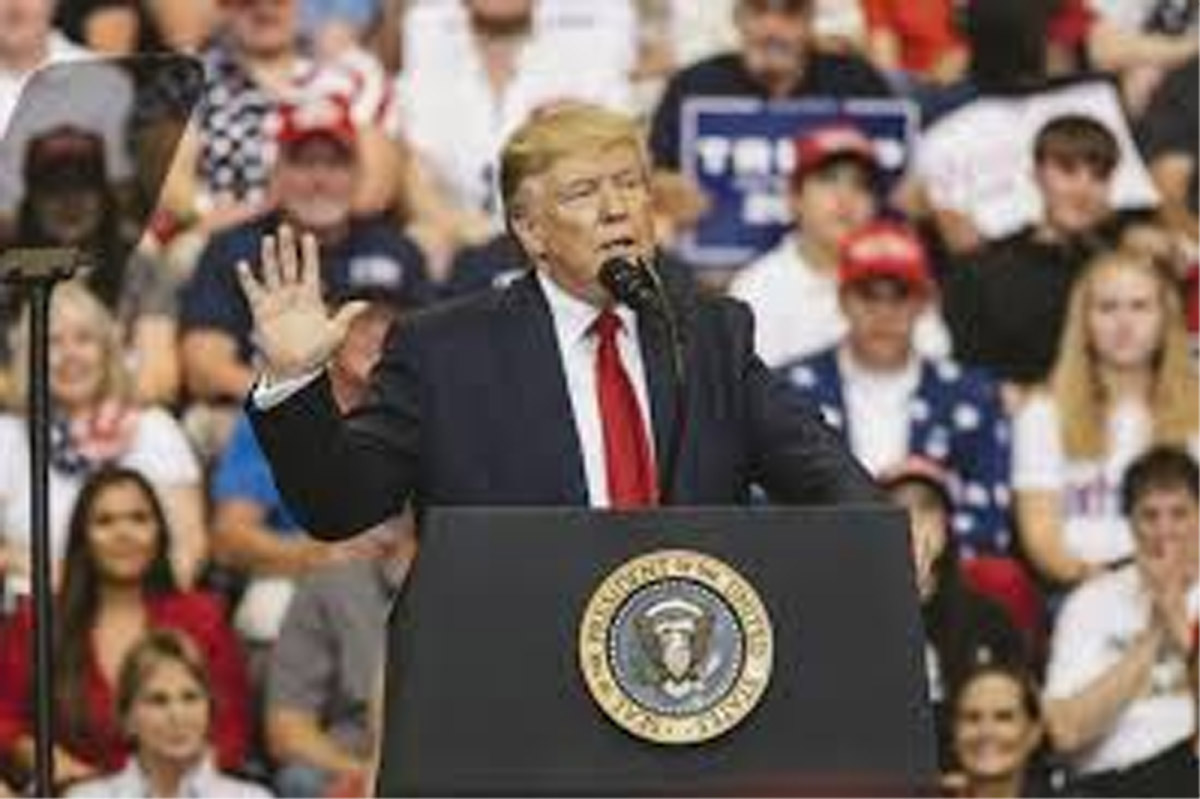 SEOUL, Aug 3: US President Donald Trump downplayed on Friday North Korea’s missile tests, saying that while they may violate a UN resolution, Kim Jong Un will not want to “disappoint” him because he has “too much to lose.”

“There may be a United Nations violation, but Chairman Kim does not want to disappoint me with a violation of trust, there is far too much for North Korea to gain,” Trump said.

“Also, there is far too much to lose,” he continued. “I may be wrong, but I believe that (Chairman) Kim has a great and beautiful vision for his country, and only the United States, with me as President, can make that vision come true.”

Nuclear-armed North Korea is barred from ballistic missile tests under UN resolutions. Its recent short-range missile tests have been condemned by European members of the UN Security Council.

Hours later, Pyongyang said it never has, and never will, recognize the Security Council’s resolutions.

North Korea is angry at the Council “groundlessly slandering” its development of conventional weapons “while turning blind eyes to the war exercises in South Korea and shipment of cutting-edge attack weapons into it,” read a foreign ministry statement carried by state news wire KCNA.

US-South Korean military exercises due to start next week have angered Pyongyang, and analysts say the launches are intended to increase pressure on Washington.

North Korea has signalled that further denuclearisation talks could be derailed by the refusal to scrap the annual maneuvers, describing last week’s launch as a “solemn warning to the South Korean warmongers.”

Trump, however, dismissed the missile tests, calling them on Thursday “very standard,” and suggesting via Twitter that his personal touch would persuade Kim to reverse the regime’s push for a nuclear arsenal.

“He will do the right thing because he is far too smart not to, and he does not want to disappoint his friend, President Trump!” the US president said.

Trump has invested a huge amount of political capital in his attempt to persuade Kim to end the country’s isolation and give up its nuclear weapons.

However, despite three face-to-face meetings and numerous letter exchanges, Trump has little to show for his diplomacy.

On the sidelines of a regional meeting of foreign ministers in Bangkok, a senior US State Department official said the launches had not gone unnoticed.

“Those provocations, paired with a failure to follow through on their own commitments to engage in diplomacy, were noticed by virtually every country attending this summit meeting over the last three days,” said the official, speaking on condition of anonymity.

Kim and Trump agreed to resume denuclearisation talks during their June encounter in the Demilitarized Zone (DMZ) that divides the peninsula, but that working-level dialogue has yet to begin.

On Friday, the North carried out its third weapons test in eight days, firing two projectiles from its east coast that flew some 220 kilometres (140 miles), reaching speeds of Mach 6.9, the South’s Joint Chiefs of Staff said — unusually fast for a short-range weapon.

The flight profile was similar to a Wednesday test, and Seoul’s presidential office said the weapons were likely “a new type of short-range ballistic missile.”

Kim had been “emboldened” by his DMZ handshake with Trump, said Jean Lee of the Wilson Center in Washington, and was “seeking to create a sense of urgency on the Korean Peninsula to improve his hand in anticipated nuclear negotiations.”

“This is Kim’s answer to Trump’s claim that he’s in ‘no hurry’ to negotiate a nuclear deal,” she added.

After high tensions in 2017, when the two leaders traded personal insults and threats of war, last year saw a rapid diplomatic rapprochement.

Pyongyang had an “array of military platforms” it could test in response to the exercises, said Harry Kazianis of the Center for the National Interest.

“This tit-for-tat brinkmanship will clearly delay working-level talks for at least until the fall to allow both sides to save face,” he said.

The Pentagon has said the joint military drills will press ahead.

There are 28,500 US troops stationed in South Korea to protect it against its nuclear-armed neighbor, many of them based south of Seoul at Camp Humphreys in Pyeongtaek. (AGENCIES)
^^^^