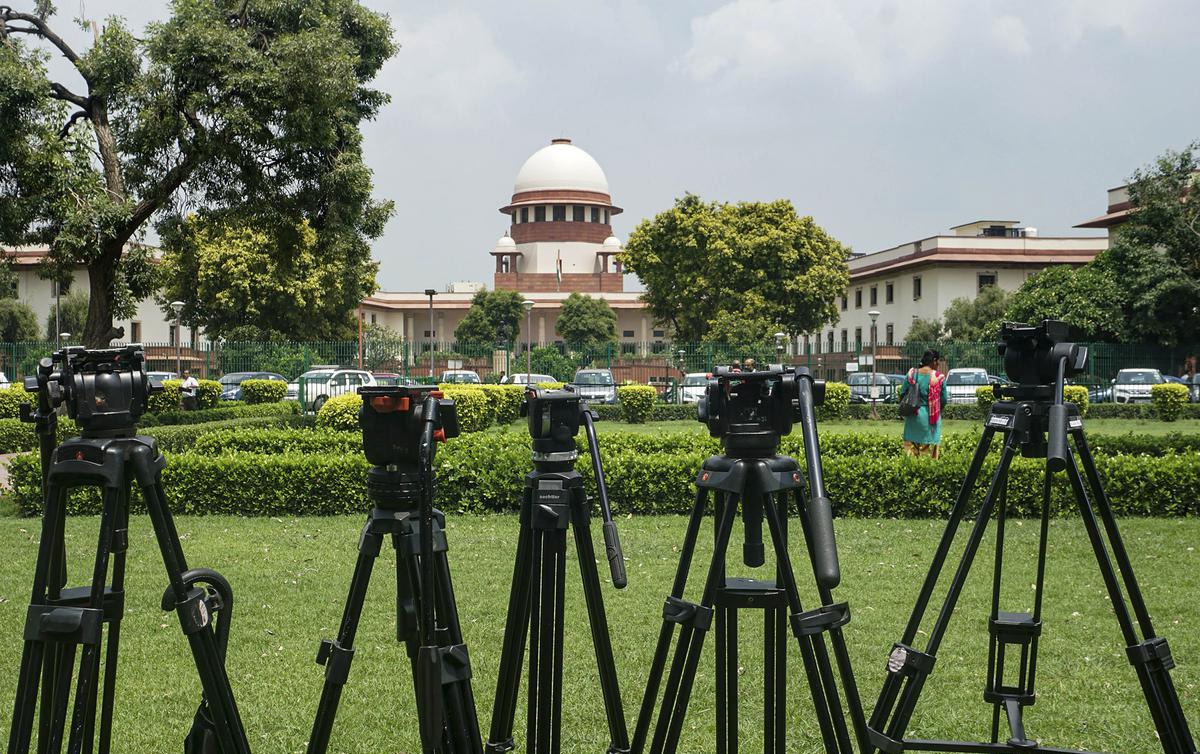 New Delhi, Dec 1: The Centre on Thursday told the Supreme Court that a delimitation commission formed to redraw the Legislative Assembly and Lok Sabha constituencies in Jammu and Kashmir was empowered to do so.
Seeking dismissal of plea challenging challenging the government’s decision to constitute a delimitation commission, Solicitor General Tushar Mehta, appearing for the Centre, told the top court that the Jammu and Kashmir Reorganisation Act, 2019 does not preclude the establishment of Delimitation Commission by the Central government.
“It is submitted that Sections 61 and 62 of the 2019 Act do not preclude the
establishment of Delimitation Commission by the Central Government under section 62 of the 2019 Act… It is submitted that the 2019 Act provides for two alternative mechanisms to carry out delimitation for the Union Territory of Jammu and Kashmir.
“By virtue of Sections 60-61, while the power to determine delimitation is conferred on Election Commission, Section 62(2) and 62(3) confers powers to carry out delimitation on the Delimitation Commission constituted under Section 3 of the Delimitation Act,” Mehta told a bench of Justices S K Kaul and Abhay S Oka which reserved its verdict on Thursday.
On March 6, 2020, Union Ministry of Law and Justice (Legislative Department) had issued a notification in exercise of power under Section 3 of the Delimitation Act, 2002, constituting a Delimitation Commission, with former Supreme Court judge (Retd) Ranjana Prakash Desai as the chairperson.
The Solicitor General also opposed the submission of the petitioners that Article 170 of the Constitution barred delimitation exercise on the basis of the 2011 census.
He said petitioners are wrong in their submission that delimitation exercise had to either happen on the basis of 2001 census or await “the first census after the year 2026.”
“The idea was that last delimitation under the old regime took place in 1995. It was also the government’s idea was to immediately give democracy to the newly-formed Union Territory… For that to wait till 2026 or to do it as per 2002 was found to be legislatively unwise. The reorganisation provided for Section 59 recognising that commission would be more apt,” Mehta told the top court.
The counsel appearing for the two petitioners, Haji Abdul Gani Khan and Mohammad Ayub Mattoo, had argued that the delimitation exercise was carried out in contravention of the scheme of the Constitution and alteration of boundaries and inclusion of extended areas should not have been done.
The plea had sought declaration that the increase in the number of seats from 107 to 114 (including 24 seats in Pakistan Occupied Kashmir) in Jammu and Kashmir is ultra vires constitutional provisions and statutory provisions, particularly under section 63 of the Jammu and Kashmir Reorganisation Act, 2019.
It had said the last delimitation commission was set up on July 12, 2002 in exercise of powers conferred by section 3 of the Delimitation Act, 2002 after the 2001 census to carry out the exercise throughout the country.
The plea had said the commission had issued guidelines and methodology for the delimitation of assembly and parliamentary constituencies vide letter dated July 5, 2004 along with the constitutional and legal provisions.
“It clearly stated that the total number of existing seats in the Legislative Assemblies of all states, including UTs of the National Capital Region and Pondicherry, as fixed based on the 1971 census shall remain unaltered till the first census to be taken after the year 2026,” the plea had said.
It had sought to declare as unconstitutional the notification dated March 6, 2020 constituting the delimitation commission to take up delimitation in the UT of J&K and states of Assam, Arunachal Pradesh, Manipur, and Nagaland by the Centre.
The plea had also challenged the consequential omission of Assam, Arunachal Pradesh, Manipur and Nagaland from the process of delimitation vide notification dated March 3, 2021, claiming that it amounts to classification and violates Article 14 (equality before law) of the Constitution. (Agencies)