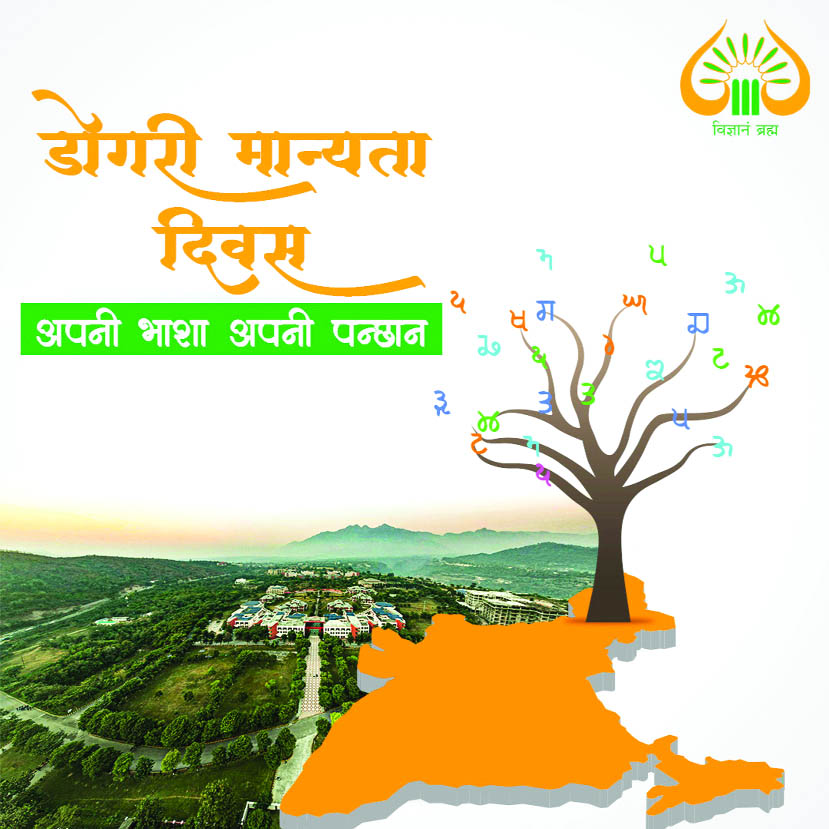 Lalit Gupta
Thanks to the Corona-19 pandemic and partial conditions of lock-down, the new-normal in contemporary arts and cultural practices in 2021, barring a few physical expressions, has led to online exhibition models through a number of social media platforms. While the city/town-centric artists, writers, poets, theatre persons have channeled lockdown experience into insightful evocative works, it is the folk artist who has suffered financially due to lack of public demand for in-person performances.
Adding to the vows of the community of creative persons and cultural workers across the board is the lack of well-defined official cultural policy and the listless working of the Department of Culture and other institutions mandated to promote and preserve art and culture in Jammu and Kashmir.
For instance, the J&K Academy of Art, Culture and Languages (JKAACL), the premier institution which has been the flagship of the state’s progressive policies towards promotion and development of arts and culture in Jammu and Kashmir is presently in a stage of limbo.
Ostensibly, under the UT administration’s initiative to do a structural overhaul of the Constitutional body and make it as a Society, JKAACL, since 2019 under the blue-eyed unaccountable bureaucrats seemingly insensitive to local culture and ethos as in-charge Secretaries remote controlling the three-in-one Academy from their original postings (presently from Raj Bhavan) is floundering like a rudderless ship.
Instead of trifurcating JKAACL into three Academies on the line of national academies like Sahitya, Sangeet Natak, and Lalit Kala, thus streamlining the development of literature, performing and visual arts in J&K, the know-all-Babus have in their skewed wisdom proposed the changes which tantamount to a mutilation of JKAACL existing structure.
Other than the annual drama festival held in March, 2021, Academy’s regular annual awards in different categories and events like art exhibitions, camps, folk and classical music concerts, and film festivals stand suspended. There are no new publication programs in Kashmiri, Dogri, Gojari, Pahari, Punjabi, Urdu, and Hindi. So much so, JKAACL’s much-touted dictionary and encyclopedia projects stand neglected. The same lackluster approach defines the working of Kala Kendra, Museums, Archives, and other institutions.
Under such conditions, large number of NGOs working in the varied fields of culture all over J&K, are feeling discouraged. One can only hope that the present UT Govt., engaged with many security and other pressing issues soon wakes up to the fact that to sacrifice ‘important’ at the altar of the ‘urgent’, can have malefic socio-cultural and political fallouts.

Shri Mata Vaishno Devi University: In the above-mentioned dismal cultural scenario, there has been a silver lining. The Shri Mata Vaishno Devi University under the visionary leadership of Vice-Chancellor Padamshree Rajinder Kumar Sinha ably supported by Registrar Naginder Singh Jamwal, JKAS, has started a series of seminars and discourses on varied aspects of the culture of different districts of Jammu such as their monumental, religious, and musical heritage, languages, customs, etc. SMVDU is engaging with eminent creative personalities from different fields to establish a dialogue between academia and public intelligentsia. It is hoped that other universities in Jammu region will follow suit and adopt a pro-active approach to give the due share to ‘Culture’ in their academic programs.
Before taking up this year’s cultural highlights and contributions of individual achievers, let us remember those cultural personalities who bid goodbye to this mortal world. These include eminent Dogri writer/poet Padamshree, Saraswati and Sahitya Akademi Awards winner Padma Sachdev , Dogri poet and playwright Rattan Doshi and Gojari poet and writer Iqbal Azeem Choudhary,

Dogra Icon: The personality in limelight is the new Dogra icon Padamshree Shiv Dutt Nirmohi . The 84 years old stalwart scholar hailing from village Painthal has emerged as a symbol for his phenomenal contribution to preserving the Dogri literary traditions and the cultural heritage. The continuing parade of public felicitations by different schools, colleges, literary and social organizations and politicians from all over the Jammu region, is a sure reflection of popular recognition of his selfless service to Dogra society and culture.

Balwant Thakur’s : Appointment as Director of the World’s biggest Cultural Centre based in Port Louis, Mauritius, is considered to be the highest elevation of any cultural personality of India. Nominated as nodal officer of the celebrations of 75 years of India’s Independence in Mauritius, he, in a short span of six months has organized 100 International events in Mauritius.
Awards & Honours: Hindi writers/poets, Bharat Bhushan Sharma and Maharaj Krishan Santoshi have been honored with the Souhard Samman-2020-21 for their contribution to the development and promotion of Hindi

Berlin to present two of his films. He published his first book for children: ‘Gyarah Rupay ka Fountain Pen’. A book by Srikanth Srinivasan, ‘Modernism by Other Means: The Films of Amit Dutta’, was also released.
Rahat Kazami and Tariq Khan, sons of the soil continued their tryst with offbeat films. In their latest film starring Sara khan & Rahat Kazmi “Ek Anjaan Rishtey Ka Guilt”, the cast includes local talents like actor Fezan Khan from Bhadarwah, Kusum Tickoo and Satish Bhat, Juzee and Saki Shah. The director and cinematographer of the film Rajesh Khajuria

and writer Pankaj Khajuria and editor Prashant Singh Kahlon are from Jammu.
Rahul Sharma of ‘Geetiyaan’ fame, directed the short film ‘Khalil’, written by SK Sharma (Retd. IRS) and cinematographed by Bharat Arora, the film was selected and awarded in different national and international festivals. Shakti Singh, the poet from Akhnoor, wrote the story, screenplay and dialogues of the film “Lines” which received several international awards. The film “2 Band Radio”, co-written by him got best screenplay award at ‘Lift India ‘, also had opening in UK Asian Film Festival. Sudesh Verma made documentaries including the one for Sahitya Akademi on Padamshree Pran Kishore. Parveen Sharma, directed short films, documentaries, and Dogri songs. The Bhajan ‘Kundlu Kundlu Bal’, directed by him crossed one crore views. Sameer Sharma, the cinematographer shot the short film Bhookh, which was an official entry for film festivals in

Musket and UK. He was also director of photography for the film ‘Moon’s Land’ and many short compilations. DK Films, one of the oldest production houses of Jammu, continued to produce documentaries, short films government, and private commissions.
Amazing Jammu: Initiated young journalist by Harry Wallia, the group ‘Amazing Jammu’ has emerged as a prominent platform for the identity of the Jammu region. It has provided a voice to tourism & culture stakeholders, handicrafts & handloom stakeholders, woodland & wildlife enthusiasts, artists, content creators, adventurists, policy planners, journalists, history & heritage experts. It has successfully raised issues like Mubarak Mandi vandalism

& heritage hotel Issue, unbecoming and futile activities of Tourism Department Jammu, successful tourism promotion campaign at Patnitop, restoration of heritage sites, handicraft & handloom promotion activities, geographical Indication tag for products from Jammu, inordinate delay in facelifting of Purmandal-Uttar Behni Circuit, ignoring/belittling of Jammu region by when it comes to official visits and meetings, delicacies and folk culture of Jammu, and so on.
Literature: With Prof Lalit Magotra as President, the Dogri Sanstha Jammu organized a number of offline and online literary/poetic meets, seminars, and book exhibitions. It part of its pivotal service to provide textbooks and reading material to the students and researchers in Dogri, the Sanstha undertook publications/reprints of ten books in 2021 on varied aspects of modern Dogri literature. It felicitated the top ten students who have obtained maximum marks in the subject of Dogri in class 12th

examinations. Sanstha also hosted book release functions for eight books in Dogri this year. Duggar Manch, under the stewardship of Dogri poet/activist Mohan Singh, organized the release of books in Dogri, literary meets and celebrated Madhukar Day. Nami Dogri Sanstha, organized a number of Dogri and multi-lingual e-poetic goshthies on topics like phillonian, dadi-nani diyaan kathaan, bujhartaan. It held eight book release and felicitation functions including a children’s book “Moti Mahal” penned by Dr Chanchal Sharma.
With Darshan Darshi as the Convener of Sahitya Akademi Executive Board and Language for Dogri, Sahitya Akademi, New Delhi, organized seminar in Govt. Degree Colleges of Duggar Pradesh to broaden the catchment area of the discourse on modern Dogri literature. As many as 18 programs were organised online and witnessed by large number of audience. Sahitya Akademi also published 10 books in Dogri during 2021, clearing thereby all pending works. As a personal landmark, Darshan Darshi’s work, ‘Windows & Doors’, an English translation of some of his selected, published and unpublished Dogri poems stand translated by him.

Samooh Theatre Group, staged play ‘Trojan women’, presented a number of street plays, organized play readings, literary and cultural festivals and events in Jammu and in rural areas. IPTA organized stories reading- cum- Multilingual Poetic Symposium, the release of Ramesh Arora’s poetry books released. Rajneesh Kumar Gupta, the playwright bagged an appreciation award from Income Tax Department, Chandigarh. His adaptations of stories by Tagore’s “Kabuliwala” and “Samaapti”, Premchand’s ” Rasik Sampaadak” and play ‘Azadi Ka Amrit Mahotsava’ were staged. The feature written by him Comrade Dhanwantri and broadcast from Radio Jammu, was also made as docu-drama. Vomed Theatre Group under Rohit Bhat staged Kashmiri plays Gaada Bata and Mujrim Ma Nahi Mujrim Ma He hun. Vomedh conducted online interactions with community artistes and personalities. Natraj Natya Kunj, Amateur Theatre Group, Hill Thespians, Rangyug and Pancham also kept their calendar ticking by sporadic performances and programs.
Heritage Concerns: Heritage warrior Kirpal Singh, undertook heritage survey of Bamhag, Dudu-Basantgarh and urged the Panchayats for preservation of heritage sites in their areas. He also started Baoli Bachao Project and published a folder on Parola Art of Duggar. He has set up a Mobile Heritage Conservation Laboratory to provide immediate preservation facilities. Anil Pabha’s services towards preservation of Dogra Heritage, were appreciated by Shri Arjun Ram Meghawal, the Union Minister of State in the Parliamentary Affairs and MoS in the Ministry of Culture, Government of India, who inaugurated the ” Amar Santosh, Museum and “Amar Santosh Art Gallary”, at Udhampur. INTACH: The Jammu chapter of Indian National Trust of Art, Culture and Heritage, under former director tourism, SM Sawhney, undertook a number of projects and workshops, to promote and preserve the tangible and intangible heritage of Jammu. These included Nature Care and Conserve project, Workshop on Clay Craft, Heritage walks, Listing of Water bodies and Built Heritage, temples, Online lessons on Cultural Heritage for various schools, Documentation of local cuisine, festivals, World Heritage week Webinar on Rahya-Suchani Military Legacy etc.
Tribal Welfare initiative: (PIX) The last two years have witnessed a slew of govt. program for the welfare of tribals in J&K. Under the aegis of Tribal Welfare Board, there is a new emphasis to safeguard the tribal culture and heritage. In this regard number of tribal literary and cultural festivals, exhibition of tribal arts and paintings were held at different places.
Tree Talk: Man of woods and acclaimed Dogri writer Om Vidyarthi (PIX)carried his mission of mass Biodiversity awareness through Tree Talks of which 11th Year Foundation Day was celebrated with 1165 interactions popularizing lesser known cuisine, beverages, teas, snacks among young minds and nurturing tree conservation consciousness in the society.
Adapt a Park: In response to JMC initiative to ‘Adapt in a Park’, Mitali Gupta , the well-known dietician from Trikuta Nagar Jammu, became the first to adopt a park in her neighborhood and convert it as a Herbal Park. She won accolades from none other than the Lt. Governor who during his to visit to the park appreciated her efforts in planting medicinal plants/herbs and creating awareness among the citizens about their healing qualities.