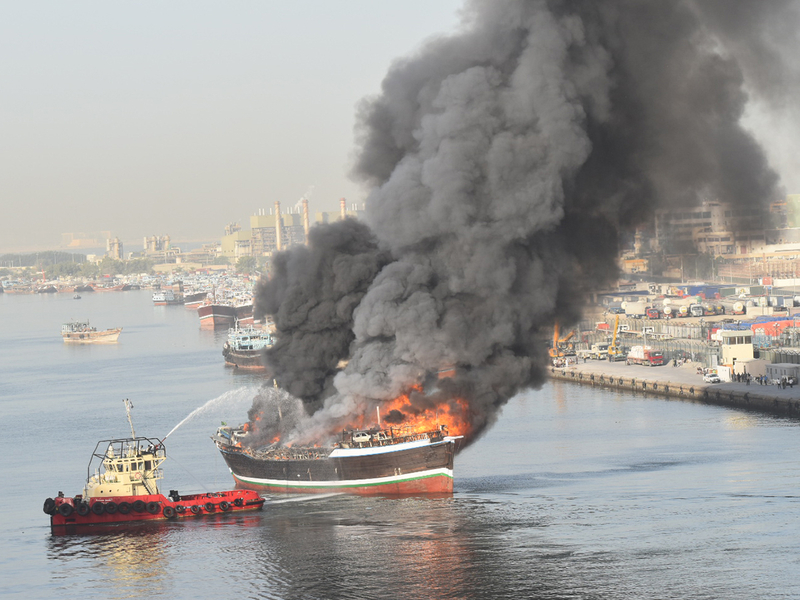 DUBAI: Thirteen Indians onboard a burning cargo ship were rescued on Wednesday by a team of quick-acting firefighters at Khalid Port in Sharjah.

The vessel was loaded with 6,000 gallons of diesel, 120 exported vehicles and 300 vehicle tyres – all of which were gutted in the massive blaze.

No casualties have been reported as the firefighters reached the site immediately and evacuated the crew members in time, Col Sami Al Naqbi, director-general of Sharjah Civil Defence was quoted as saying by the Khaleej Times.

The civil defence received information about a fire breaking out in a cargo at Sharjah Creek at 6.44 am. The team reached the location within five minutes, shifted the crew to safety and contained the raging blaze in an hour, the officer said.

The rescued crew was given first aid and food. (AGENCIES)