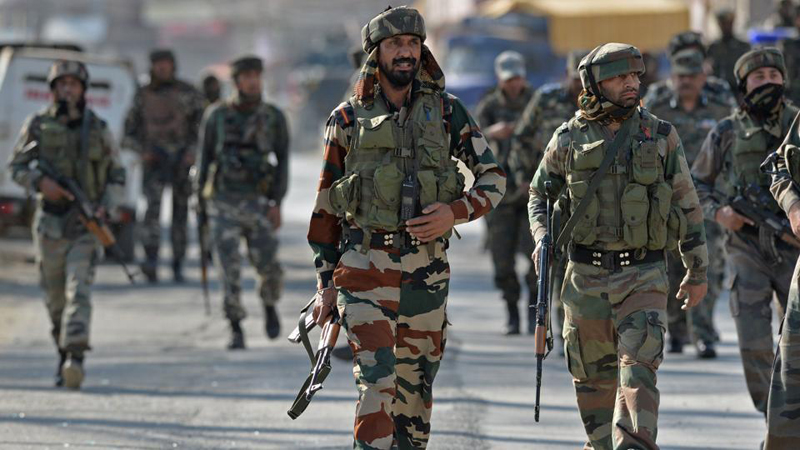 NEW DELHI, Mar 22: Twenty-five assets linked to LeT chief Hafiz Sayed, four to Shabir Shah and other immovable facilities in the name of over a dozen people linked to militant outfits will soon be attached or confiscated by investigative agencies as part of a crackdown against Jammu and Kashmir-based separatists and terrorist operatives, official sources said.
Multiple agencies like the Enforcement Directorate (ED), the National Investigative Agency (NIA) and the Income Tax Department have collated data and are set to unleash criminal action against individuals and groups who run terror and the “stone pelting machinery” against the security forces in the Kashmir valley, they said.
While the ED has identified 25 assets “linked” to Sayed and his associates for attachment under the Prevention of Money Laundering Act (PMLA), a similar action will be conducted to freeze four properties of J-K based separatist Shabir Shah.
They said the ED has identified assets worth about Rs 7 crore as part of its money laundering probe in terror financing cases.
While it has recently attached a Gurgaon-based asset of Zahoor Ahmad Shah Watali, an alleged aide of Sayed, worth Rs 1.03 crore, the probe agency will undertake a similar action against his assets based in Srinagar, Jammu, Delhi, Dubai, London and an ancestral home in Handwara (Kupwara district) of J-K.
“Individuals identified during these investigations have been found to be providing money to all major terrorist groups like Lashkar-e-Toiba (LeT) and Hizbul Mujahideen as also Hurriyat leaders, separatists and stone pelters in Jammu and Kashmir,” a senior official said.
The Central probe agency, under the Union Finance Ministry, has filed a total 13 FIRs under the PMLA to probe terror financing instances in the Kashmir Valley and it has attached assets worth over Rs 29.84 lakh in these cases. Similar action in five more cases is in progress, they said.
The NIA, the federal agency to probe terror cases, has also identified 13 people and their assets for initiating criminal action against the Unlawful Activities Prevention Act (UAPA) and subsequent attachment, officials said.
The action of attachment and seizure will be followed by filing of charge sheets and prosecution complaints by these probe agencies before competent courts across the country, they said.
They claimed that “extensive” use of such dubious and terror-linked funds is being made to finance institutions focused on subverting the local population through selected mosques, madrasas and outfits like Jamat-e-Islami Jammu and Kashmir, that was recently banned by the Union Government.
The I-T department, in the last few weeks, has carried out searches against some groups and individuals and is conducting their assessments under anti-tax evasion and benami charges, they said. (PTI)