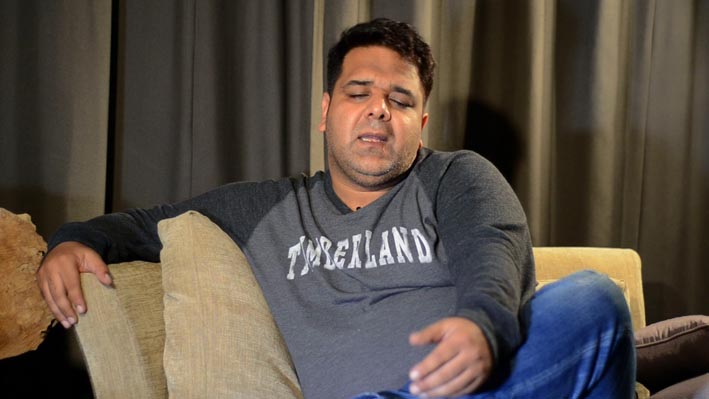 Excelsior Correspondent
JAMMU, Jan 17: Special Judge Anticorruption Jammu Yash Pal Bourney today granted seven days police remand of Hilal Rather, son of former Finance Minister Abdul Rahim Rather, who was yesterday taken into custody by Anticorruption Bureau Jammu in a bank fraud case of Paradise Avenue Township Project.
According to the Anti Corruption Bureau, Hilal Rather was arrested in a case related to the alleged misappropriation of crores of rupees from the term loans running into Rs 177 crore sanctioned by Jammu and Kashmir Bank for his township project at Narwal Bala in the year 2012.
The investigation conducted by the ACB revealed that Paradise Avenue, a partnership concern of Hilal Rather, Dr Rizwan Raheem Dar of Sanat Nagar Srinagar, Ghulam Mohd Bhatt of Baramulla Kashmir, Daljeet Wadhera and Deepshikha Jamwal of Jammu was sanctioned a term loan of Rs 74.27 crores in the first phase and in relaxation to the credit policy of the bank which restricts loan to a partnership firm at Rs 40 crores.
The loan was approved by the Board of Directors of the J&K Bank when Hilal Rather had already entered into a OTS with the State Financial Corporation in the past. The remaining loan amount was granted by the Board despite the fact that the repayments of the first loan taken was not complete.
Hilal Rather, who also owns Simula Group of Companies, was being questioned for the last few months by the ACB in connection with the siphoning off crores of rupees from the loan amount sanctioned by the New University Campus Branch of J&K Bank for the construction of flats under the name of Paradise Avenue.
He has been evading details of property raised and others transaction related to siphoning of funds meant for construction. It has also been revealed that the funds diverted have been used to purchase huge properties in abroad, holidaying abroad with family and friends and also for other entertainment activities. All the loan amounts availed by Hilal Ahmed Rather to tune of Rs 177 crore have become NPA.
After hearing APP Himanshu Parkash for the ACB, the court observed, “case pertains to the large scale swindling of public moneys and misappropriation thereof to the detriment of financial health of the bank with the active assistance of staff and management of the bank concerned which requires thorough investigation to uncover the plot”.
“The investigation is at initial stage and accused, who is alleged to be at the center stage of the misadventure, has been arrested yesterday only. He has been got medically examined at the Police Hospital and the Medical Officer has certified him to be in a fit state of health and mind”, the court said, adding “the accusations against the accused are well founded which are grave in nature. Therefore, there is merit in the prayer of the investigating officer for police remand”.
Accordingly, accused was remanded to police custody for a period of seven days.