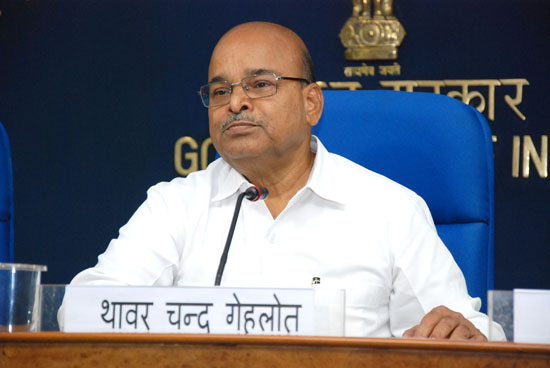 RAIPUR: Union Minister Thaawarchand Gehlot expressed confidence on Saturday that Jan Sangh founder Syama Prasad Mookerjee’s “dream” of scrapping Articles 370 and 35A of the Constitution would be fulfilled by the Narendra Modi Government.

The Union Minister for Social Justice and Empowerment was speaking to reporters here after launching the BJP’s membership drive, which coincided with the 118th birth anniversary of Mookerjee, the founder of the Jan Sangh, the BJP’s predecessor. (AGENCIES)