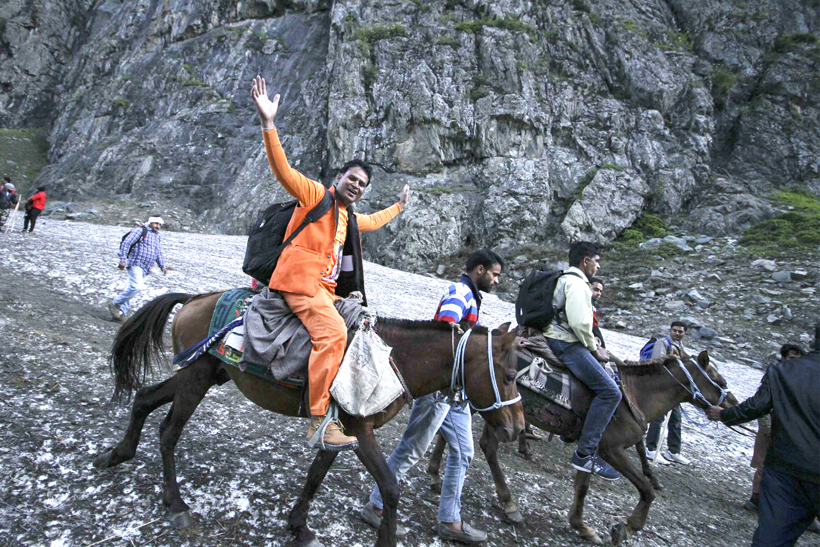 SRINAGAR: More than 14,000 pilgrims paid obeisance at the naturally-formed ice lingam in the cave shrine of Amarnath in the south Kashmir Himalayas Saturday.

On the sixth day of the ongoing Amarnath Yatra, 14,402 yatris paid obeisance at the cave, an official spokesperson said.

He said 5,155 yatris left from Baltal and 6,075 from Pahalgam route for the cave shrine.

Till date, 81,630 yatris have paid obeisance at the shrine, he said. (AGENCIES)