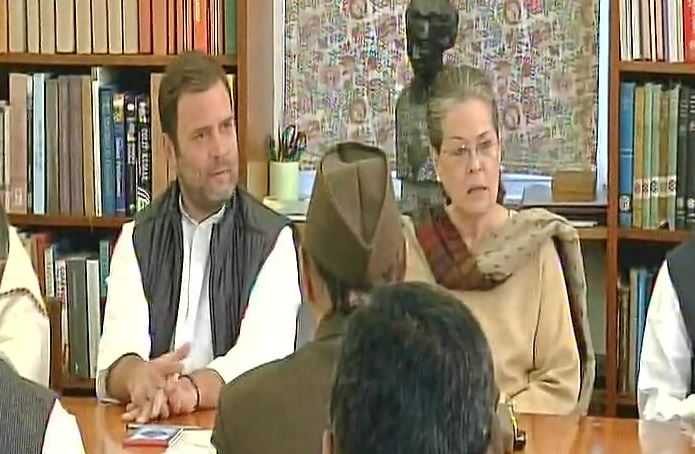 NEW DELHI, Aug 9: Senior Congress leaders today met UPA chairperson Sonia Gandhi at her residence here ahead of the crucial Congress Working Committee (CWC) meeting to decide on the new party chief.
Sources said senior leaders Ahmed Patel, A K Antony and K C Venugopal are learnt to have discussed with Sonia Gandhi some names of probables who could be made provisional president of the party, after Rahul Gandhi resigned and decided to not take back his decision despite pleas by many partymen.
Some of the names that are doing the rounds for the top post include senior party leaders Mukul Wasnik and Mallikarjun Kharge and some younger leaders.
The CWC may also form a panel of senior members to look for the new chief, the sources said.
Meanwhile, ahead of meeting, party leader Abhishek Singhvi said today that any further delay in the selection of the new chief is not an option.
“On Saturday, a consensus builder party President of Congress must be selected. Slightest delay is not an option,” Singhvi said on Twitter.
“In lighter vein, I gave analogy of wise men of Vatican locked in a room indefinitely until they got a nomination! Subsequently, it has to be followed by full intra party elections,” he added.
A number of partymen have expressed their opinion in public, saying the delay in selecting the new Congress chief is harming the party.
Some Congressmen also made a call for Priyanka Gandhi Vadra to take over from her brother Rahul Gandhi, who quit as party chief on May 25 post the Congress’ poor show in this Lok Sabha poll. (PTI)