Excelsior Correspondent
JAMMU, July 31: Commiss-ioner Jammu Municipal Corporation, Manmohan Singh, today conducted an extensive tour of the Jammu city and inspected the ongoing works of various trouble shooting Nallahs falling in JMC limits.
The Commissioner, accompanied by a team of officers, including R S Jamwal, Joint Commis-sioner, XEn (UEED) and Chief Transport Officer, visited the areas of National Highway,   Pamposh Colony, Kasim Nagar, Bahu Fort, Trikuta Nagar, Dogra Academy Shastri Nagar, M A Staduim, Science College, Jewel Rotary, Canal Road, Roop Nagar, Janipur Excelsior Lane, etc.
During the tour of Commis-sioner, special focus was made on seasonal  Nallahs and damage caused to the public property during flash flood due to heavy down pour on July 27, 2016.  In order to avoid any further damage due to heavy rain, onspot directions were given to sectional heads of all the sections of JMC for expediting the restoration work which are necessary for the welfare and safety of general public.
Commissioner met with various sections of the people who were badly affected due to heavy rain. He visited various nallahs along with people as well as staff members and directed the Chief Transport Officer Talat Mehmood Khan to deploy both men and machinery at each and every vulnerable point of the Nallahs for their immediate clearance.
He directed the Joint Commissioner (W) to start the repair/patch work immediately on war footing and Health Officer to maintain the sanitation of the flood affected areas, which are badly affected due to heavy rain.
The Commissioner further directed the Executive Engineer (UEED) to look into the matter regarding diversion of Krishna Nagar Nallah and submission of detail project report for Nallahs passing through Pamposh Colony, Bahu-Fort and Kasim Nagar for the smooth flow of rain water.
The Commissioner, JMC appealed the general public not to encroach Nallahs and throw garbage/building material in Nallahs. 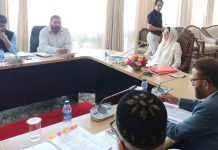 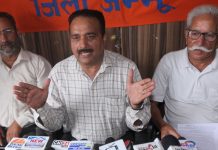 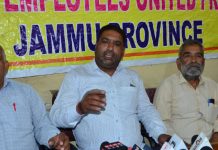 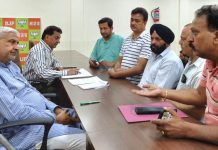 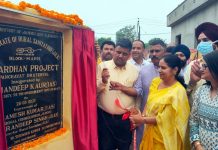 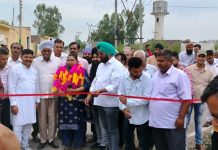 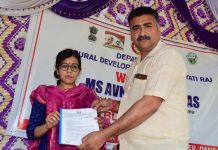 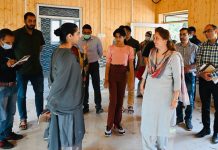