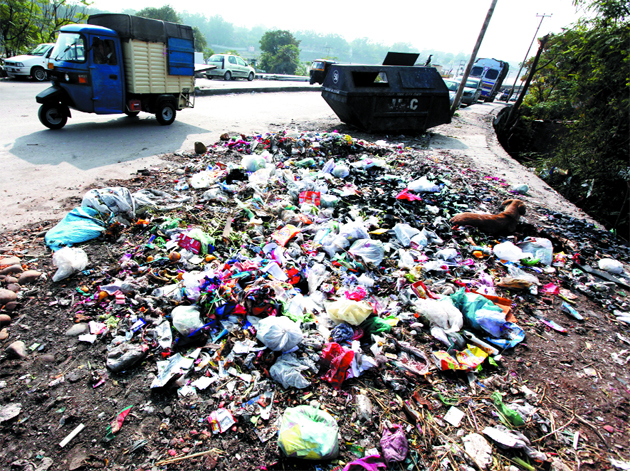 Prof K G Gupta
Jammu the winter capital of Jammu & Kashmir state is also famous in Northern India as the city of Temples.  one may enter any locality, lane or by-lane; he is likely to find a big or small temple. When I was a small child studying in primary or middle school in early fifties, one particular characteristic was mentioned in the school books about Jammu being a clean city. In those days bazaars, lanes & by-lanes were paved with dressed stones with well laid drains on both sides. There were hardly a few bituminous roads.  Ragunath bazaar, Kanak mandi, Residency road, Palace road down to Shalimar were bituminous roads. City was mainly confined from Mubarak mandi (Darbar Garh) to Gumat but Jammu was definitely a clean city as compared to large cities in Punjab viz. Amritsar and Ludhiana. Reason for this cleanliness was that Safai workers performed their duties regularly and with a sense of sincerity to their job. Sweeping of roads, stone paved bazaars and lanes was done regularly as also the drains were cleared as a daily routine. Population was less and quantum of garbage was also proportionately less. Whenever there was rain , all the garbage, filth was washed down the city roads and after the rain, it seemed as if the entire city had been clean washed. In contrast the cities in Punjab presented a muddy and filthy look as rain water accumulated in various localities due to inadequate gradient.