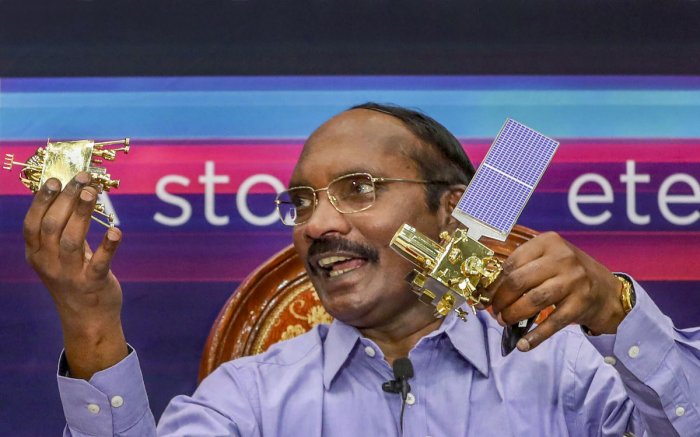 CHENNAI/BHUBANESWAR: The Chandrayaan-2 orbiter’s ensemble of eight scientific instruments was performing very well and is expected to continue its stellar
work for about seven and a half years, ISRO Chairman K Sivan
said on Saturday.

As the prospects of re-establishing contact with Chandrayaan-2’s ‘Vikram’ lander have virtually ended after the conclusion of 14 Earth days, ISRO said it will take up a study
to ascertain what exactly happened to it.

Sivan told reporters in Bhubaneshwar, “…first, we have to understand what exactly happened to the lander.”

He said the orbiter with eight scientific instruments is doing very well, adding “each instrument is doing exactly whatever we wanted.

“…some of the pictures what we got were excellent and it is going to do a greater amount of science (research),” he added.

The lander with rover ‘Pragyan’ housed inside, lost communication with the ground station on September 7 during its final descent, just 2.1 kms above the lunar surface,
minutes before the planned touch-down.

A national-level committee comprising academicians and ISRO experts is analysing the cause of the communication loss with ‘Vikram’, Sivan said.

“We have not been able to establish communication with the lander yet. As soon as we receive any data, necessary steps will be taken,” he said.

ISRO made all-out efforts to re-establish contact with the lander ever since communication was lost on September 7. ISRO has said that once lunar night falls, there would be no sunlight for the lander to generate power for its working and also it was not designed to operate in the extremely cold temperature of Moon during the phase.

The lander, designed to execute a soft landing on the moon’s surface, and the rover have a mission life of one Lunar day, which is equivalent to 14 earth days and ended early on
Saturday.

Sivan said the Chandrayaan-2 mission achieved 98 per cent success because of two objectives—one is science and the other technology demonstration.

“In case of technology demonstration, the success percentage was almost full,” he said.

He said ISRO is focusing on another moon mission by 2020.

“Discussion is on about the future plan… nothing is finalised. Our priority is on an unmanned mission by next year. First, we have to understand what exactly happened to
the lander,” he said. (AGENCIES)