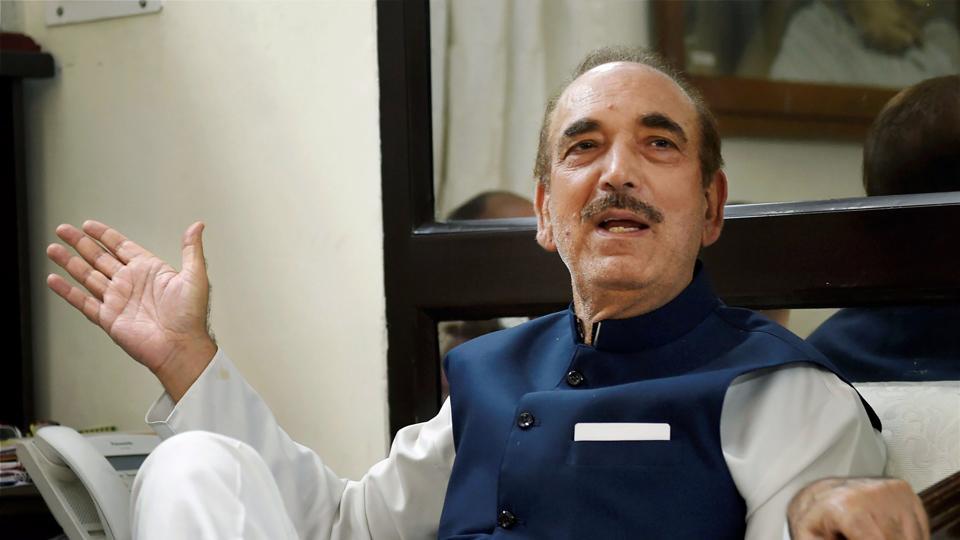 SRINAGAR: Senior Congress leader Ghulam Nabi Azad on Saturday visited Lal Ded Hospital here and interacted with patients in a bid to assess the situation prevailing in Kashmir after nullification of the Article 370 of the Constitution.

Azad, the leader of Opposition in the Rajya Sabha, reached Srinagar on Friday on his maiden visit after revocation of Jammu and Kashmir’s special status.

His three earlier bids to reach Srinagar had failed as he had been turned back from the airport.

On his second day of the four-day trip, Azad visited the hospital on Saturday afternoon and inquired about the welfare of patients, officials said.

They said the Congress leader also visited the Tourist Reception Centre here and interacted with the members of Kashmir Houseboat Owners’ Association.

Azad’s visit became possible after the Supreme Court allowed him to visit the state. A bench, headed by Chief Justice of India Ranjan Gogoi, had on Monday allowed Azad, a former chief minister of Jammu and Kashmir to visit four districts—Srinagar, Jammu, Baramulla, Anantnag—to meet people.

The bench had been told Azad’s counsel and senior advocate A M Singhvi that the Congress leader wants to meet people and inquire about their welfare.

In his petition filed in his “personal capacity”, Azad had told the Supreme Court that he had tried to visit the state thrice, but was turned back from the airport.