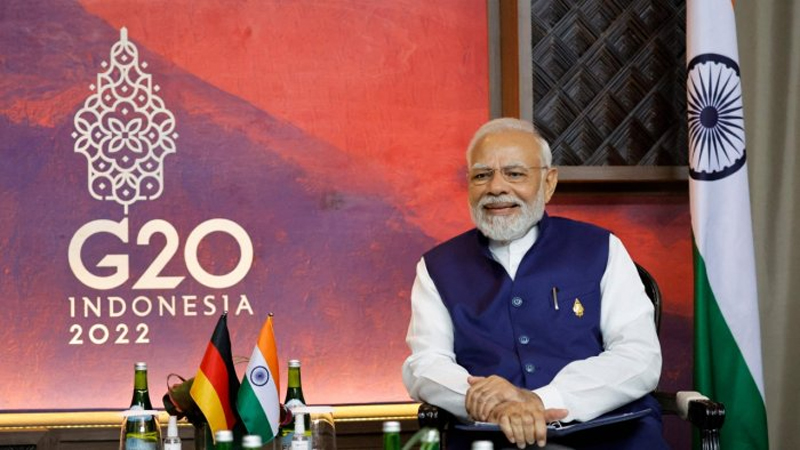 The Centre will convene an All-Party Meeting tomorrow to solicit suggestions, discuss and finalise strategies for the G-20 summit which India will host in September next year.
Presidents of nearly 40 parties have been invited to the meeting by Parliamentary Affairs Minister Pralhad Joshi where Prime Minister Narendra Modi will be present. External Affairs Minister S Jaishankar is also likely to attend the meeting at the Rashtrapati Bhavan.
India officially assumed the G20 Presidency on December 1. New Delhi is expected to host over 200 meetings across the country, including Hyderabad, beginning in December this year.
The next G20 Leaders’ Summit at the level of heads of State or Government is scheduled to be held on September 9 and 10 next year in New Delhi. Several G20 meetings will be held in various parts of the country.
West Bengal Chief Minister and Trinamool Congress president Mamata Banerjee, who will arrive in Delhi later on Sunday, will be part of the all-party meeting.
Banerjee, however, said she would be participating in the meeting in the capacity of Trinamool Congress chairperson, and not as West Bengal Chief Minister. (PTI)