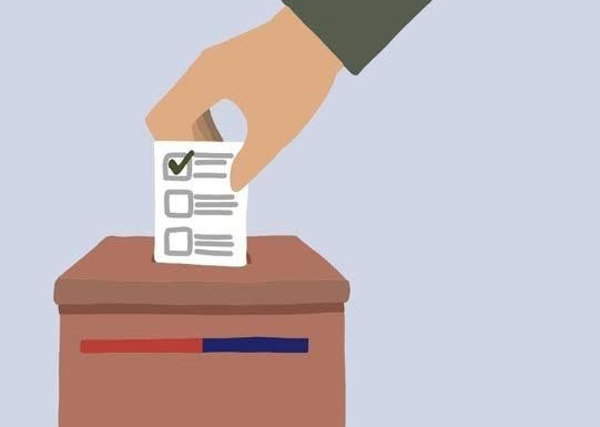 SRINAGAR, Dec 4: A re-poll is being held tomorrow on two District Development Council (DDC) constituencies in North Kashmir after a gap of two years. The re-poll was necessitated after it was found that two contesting candidates in these two constituencies were Pakistan nationals.
The State Election Commission (SEC) ordered a re-poll in two DDC constituencies Hajin-A and Drugmulla constituencies of Bandipora and Kupwara districts respectively.
The counting will be held on December 8 and the poll process shall conclude on December 12.
The polling in both these constituencies was held along with others during the DDC elections in 2020. The counting of votes was withheld after it was detected that two contesting candidates were from Pakistan occupied Jammu Kashmir (PoJK).
The elections for these two seats were held in December 2020 but it was declared null and void later after it was found that two contesting candidates in these constituencies are Pakistani nationals.
At Drugmulla constituency in Kupwara district one of the independent DDC candidate, a resident of PoJK, Soomia Sadaf had mentioned wrong information on Form-6.
At Hajin-A in Bandipora a contesting candidate, Shazia Aslam, was found to be of Pakistan occupied Jammu Kashmir (PoJK) who moved to Kupwara under a rehabilitation policy initiated by the Government.
Shazia and Soomia are among nearly 400 Pakistan origin Kashmiri wives married to former militants who chose to live and shunned the gun after attaining arms training.
The main contest at Drugmulla is between National Conference and Peoples Conference. The PC is supporting Shabnam Lone, who had filed nomination papers as PDP candidate in 2020. After the State Election Commissioner announced the schedule for re-poll on November 16, 2022, PDP distanced itself from Shabnam and wrote to the J&K Election Commissioner to withdraw the inkpot and pen symbol allotted to her.
The PC also approached the authorities to change her symbol, but the authorities conveyed to them that it cannot be done, as the date for withdrawal of nominations had closed nearly two years ago. November 23, 2020 was the last date for withdrawal of candidature for the seat.
In the past two weeks, senior PC leaders Mir Muhammad Fayaz and Bashir Ahmad Dar were seeking votes for “inkpot and pen” which is the official symbol of PDP.
Both NC and PDP are supporting separate candidates in the election despite being constituents of the Peoples Alliance for Gupkar Declaration (PAGD).
National Conference leaders Choudhary Muhammad Ramzan and Mir Saifullah campaigned for advocate Aminah, who had filed nomination papers as an independent candidate in 2020.
Interestingly, People’s Democratic Party is backing Rifat Wani, who is also contesting as an Independent candidate. Apni Party, Congress, BJP candidates are also contesting polls in the seat.
Ten candidates are in the fray in Drugmulla Kupwara where 42 polling stations have been set up.
In Hajin-A there are five candidates in the fray. Abida who is an Independent is supported by the NC, Naaza is supported by Apni Party and Ateeqa is supported by the PC.
Deputy Commissioner (DC) Kupwara, Doifode Sagar Dattatray, who is also District Panchayat Election Officer, Kupwara today convened a meeting of concerned officers to finalize the preparation for re-poll at Drugmulla.
The DC took stock of preparedness, by deliberating on actions and plans of concerned departments in respect of deployment of Zonal, Sectoral Magistrates/Officers, deployment and randomization of polling staff, training of staff, distribution of election material, Control Room for grievance redressal, transport and security arrangements.
The DC gave directions to all concerned to put up their best efforts for smooth conduct of the election and asked Nodal Officer to enforce the Model Code of Conduct strictly.
While reviewing the detailed arrangements of transport, security and material management, he instructed that fool-proof arrangements be kept in place for ensuring hassle free movement of men and material.
Emphasizing on efficient tackling of poll related grievances, he said that control Room will function round the clock for grievance redressal.
The DC was apprised by concerned Nodal Officers about the finalization of proper and adequate arrangements especially on allotment of polling staff and their training, installation and provision of Assured Minimum Facilities (AMF).
The meeting was attended by Nodal Officers, Sectoral and Zonal Magistrates/Officers.
Later, the Deputy Commissioner along with SSP Kupwara inspected the deployment of polling parties and material at ACD Office Kupwara.
The Deputy Commissioner was informed that the polling staff and polling material have been dispatched for all 42 polling stations.
Similar meeting was held at Bandipora where the arrangements for the smooth conduct of re-poll at Hajan were reviewed.