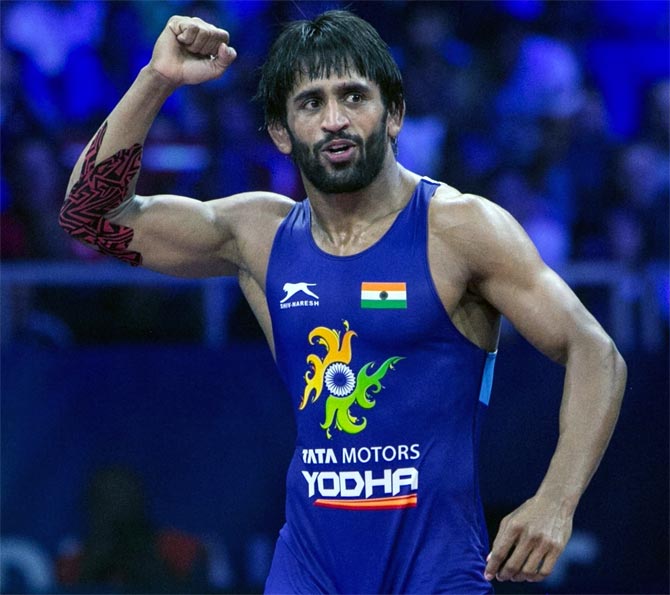 Bajrang was already India’s only multiple medallist at the Worlds and he consolidated his record with his 8-7 win over Ochir, the under-23 Asian champion.

Ochir put Bajrang under a lot of pressure from the beginning as he pushed the Indian outside the mat to take the lead. He locked Bajrang’s arms to prevent attacks and then effected a four-point throw to lead 6-0.

Bajrang got on board with a counter and true to his style made a superb comeback in the second period. He first erased the deficit and then took lead with a flurry of moves to eventually nail a narrow 8-7 win. (AGENCIES)