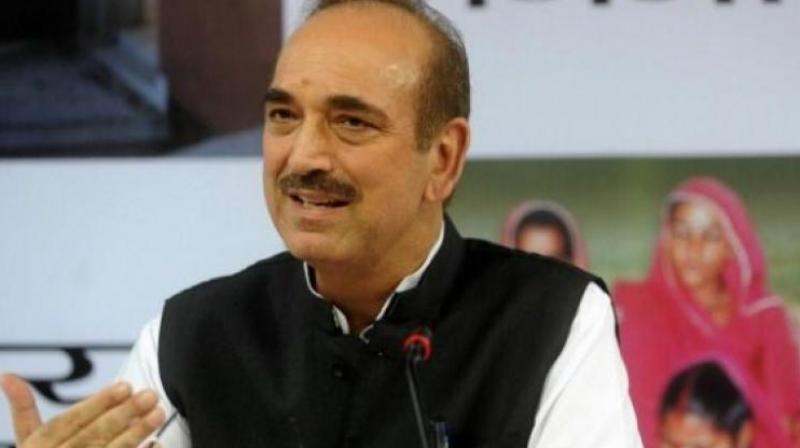 Excelsior Correspondent
SRINAGAR, July 13: Leader of Opposition in Rajya Sabha and senior AICC leader Ghulam Nabi Azad will convene a crucial meeting of the senior leadership of Pradesh Congress Committee at Srinagar tomorrow.
PCC chief GA Mir said that the Sunday meeting of the Congress Party will be chaired by senior Congress leader and former Chief Minister Ghulam Nabi Azad and will witness the participation of senior leaders including former Ministers and legislators. The party would discuss the strategy for the next Assembly elections and party affairs.
In fact the party had decided to hold meeting in all the three regions of the State on Friday, Saturday and Sunday. Since Azad had to leave for Karnataka and he would be available only for Sunday at Srinagar, next meeting will be held at Jammu shortly, he added.
The party sources said that after recently concluded Lok Sabha polls across the country, Congress was feeling decimated. Its leadership is trying hard to remain in focus through its Jammu and Kashmir unit. In J&K during Lok Sabha polls, the party couldn’t win even a single seat and that its vote share in Assembly segments also went down drastically, the sources added.