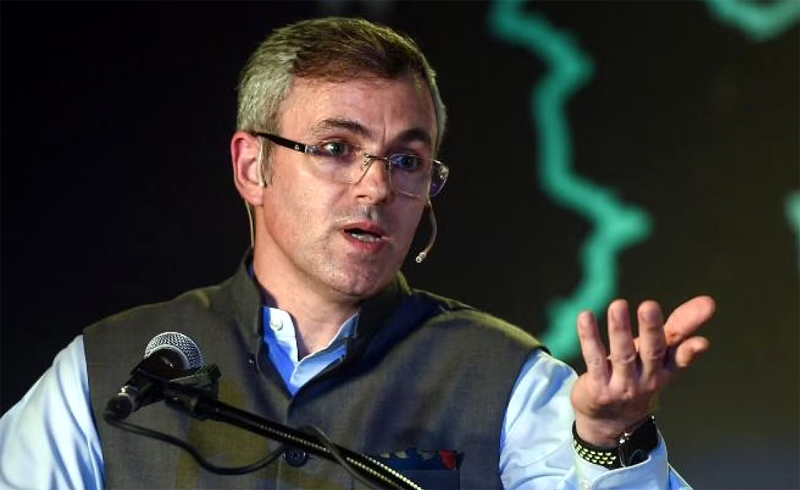 Excelsior Correspondent
SRINAGAR, May 27: National Conference leader Omar Abdullah today said tourist arrivals in Jammu and Kashmir should not be linked with normalcy as there is an atmosphere of fear in which no one is certain about his future.
He said the Government should be asked how the situation has come to a point where militancy has made a comeback in areas declared terror-free years ago.
“Tourist arrivals to Kashmir should not be seen as a sign of normalcy. Tourists have been coming here ever since 1995, some years less and some more,” Abdullah told reporters at Chadoora in Budgam district.
He had gone there to condole the killing of Television artist and TikTok starlet Amreen Bhat by militants at her residence on Wednesday.
He said the claims of normalcy by the Government do not reflect the ground reality. “There is an atmosphere of fear. No one is sure who will be next in the target. We have a woman who is shot dead at her home and her nephew is injured. A similar incident took place with one of our off duty policemen. Where is the normalcy?” he asked.
“We had made Srinagar militancy-free, areas of Ganderbal district and moat areas of Budgam were incident-free. Today, I am neither in Government nor making claims of normalcy. This question should be asked to the present Government,” Abdullah said.
Asked about police claims that killers of Amreen Bhat have been eliminated, the former chief minister said he would not be able to comment on it as he was not privy to the Intelligence based on which the operation was carried out.
“We all are disturbed by the trend of innocent civilian killings and the present Government has to find a way to stop it,” Abdullah added.
Asked about ED summon to NC president and Farooq Abdullah, he said his father has maintained innocence and has been cooperating with the agency.
“Tell me which party, opposing the BJP, has not had their doors knocked? Farooq sahib has said he is innocent. He has said he will appear before the agency whenever asked to and answer their questions,” he added. (PTI)