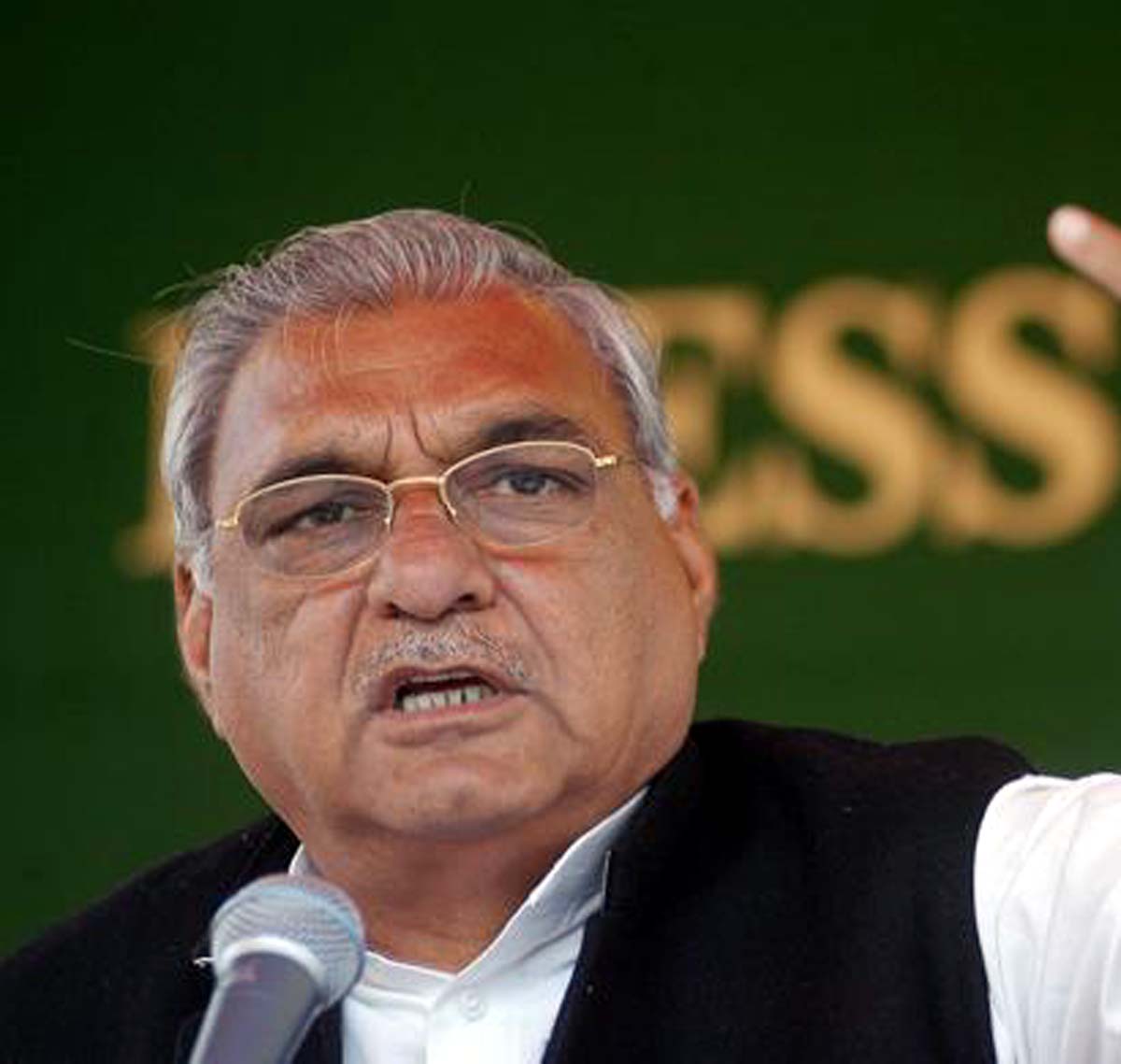 CHANDIGARH, Sept 15: Senior Congress leader Bhupinder Singh Hooda on Sunday said the days of the “anti-people” BJP government in Haryana are numbered and people have made up their mind to throw them out of power in the upcoming Assembly polls.
The Haryana Congress Legislature Party leader said the “false promises” made by the Bharatiya Janata Party (BJP) have been exposed before the people.
Addressing a party workers’ meeting in Faridabad, Hooda called on all Congress workers to work hard to oust the BJP regime.
He also targeted the BJP governments at the Centre and in Haryana over the amended Motor Vehicles Act.
Giving an example where a hefty challan was imposed on a motorcyclist in Gurgaon for violations, Hooda said under the amended act hefty challans were being issued, which were burdening the common people.
“A bike is worth Rs 15,000, but a challan is issued for Rs 15,000,” he said.
Targeting the Khattar government, Hooda said, “This government showed hurry to implement the amended Act because it is an anti-people government…when we come to power, we will reduce the fines”.
The Leader of Opposition in the presence of state Congress chief Kumari Selja further said “all sections of the society were fed up with the BJP government”.
“All sections of the society, including farmers, workers, traders and government employees, have been hit by the anti-people policies of the BJP,” the former Haryana chief minister said.
On law and order front, Hooda claimed that no person in the state is happy or safe as the state has become a hideout of criminals.
“The days of the anti-people BJP-led government in Haryana are numbered and people of the state have made up their minds to vote it out,” he said.
Appealing to the people to strengthen the hands of the Congress, he said only the his party can get rid of “this anti-people government”.
He said the BJP made tall promises to the people before coming to power but failed to fulfil these.
“Whereas, whatever the Congress promised in its manifesto in 2005, 2009, we fulfilled that,” he said.
Hooda said if the Congress comes to power, it will increase the old age pension, give pay scales to its employees at par with those enjoyed by Punjab government employees and develop Faridabad at par with Gurgaon.
On the occasion, Hooda in an obvious reference to infighting which prevailed in the state unit earlier, said there may be some differences of opinion among Congress colleagues, but all are united to oust the Khattar Government. (PTI)