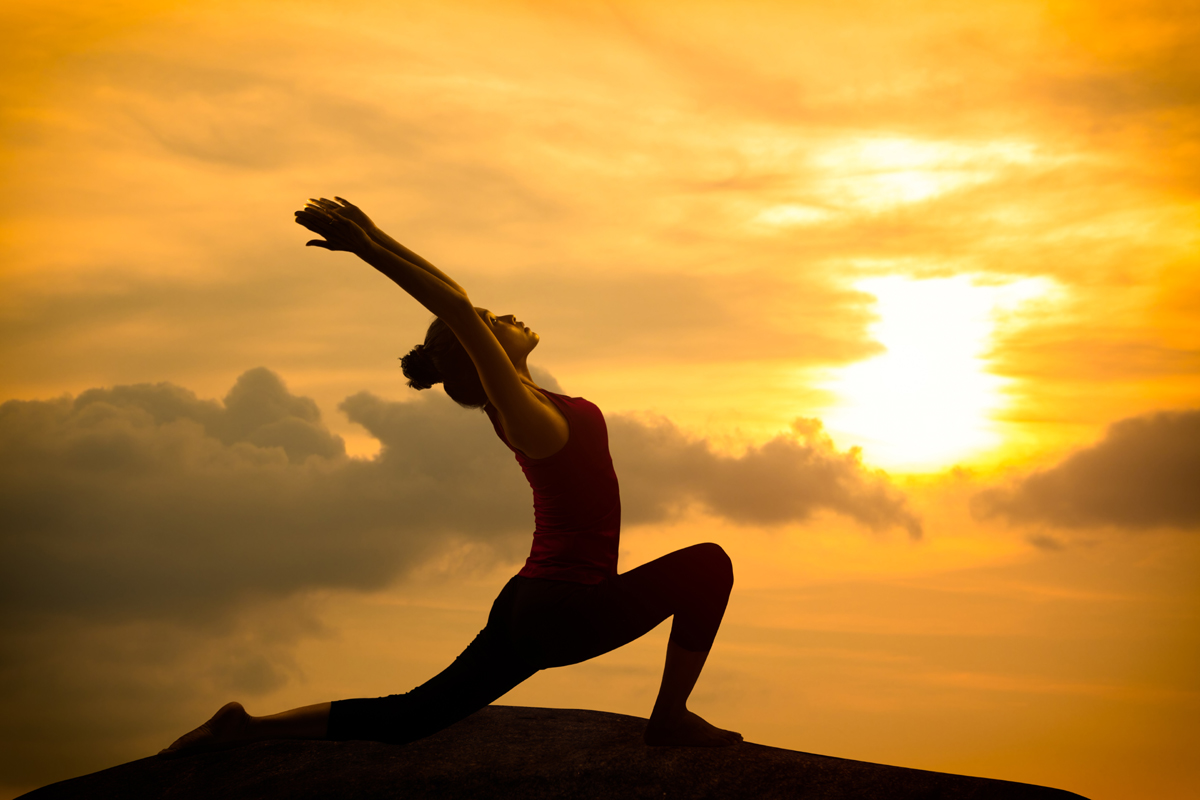 Yog means Samadhi i.e. realization of God. (Yajurved mantra 8/36 and Yog Shastra Sutra 1/2, 3 refer). Patanjali Rishi, who had full command over Yog because of his divine knowledge of Vedas and great power of Yog, states in his Yog Shastra sutra 4/30 that the main motto of practising Ashtang Yog is to reach the stage of Samadhi by attaining perfection, right from Yam, Niyam, Asan, Pranayaam, Pratyahaar, Dharnna, Dhyan to Samadhi. It destroys the sorrows, illusion and the effect of previous as well as present lives’ deeds. Patanjali Rishi further states in his Yog Shastra sutra 4/29- Then the Yogi attains Dharmamegh Samadhi and realizes God. (Yajurved mantra 7/4 also refers). So, naturally the said vedic preach condemns the present thought of self-proclaimed yog teachers who mostly preach to do only asan, prannayaam and meditation to improve health.
So, nowadays, it is really sad that for one or the other reason, the whole world, especially our India, the land of Rishi-Munis, has stopped studying Vedas, as a result forgotten eternal vedic culture which includes Yog philosophy; hence the decline in peace and brotherhood. Infact, the said culture is still universally applicable to all the human-beings being the preach of Almighty God in Vedas and not by man. For the last about two-three thousand years, we have made our own paths of worship which mostly donot tally with eternal preach of Vedas. This has resulted to cause break in eternal and traditional vedic worship and Yog philosophy which has always been fruitful for the human-beings in all respects. In this connection, Samved mantra 744 also preaches to always follow eternal and unchangeable vedic worship/yog philosophy which was being followed by our forefathers of previous yugas.
Due to ignorance of Vedas, we have forgotten the fundamental law that when anyone would go against the laws of Vedas, he will have to face sorrows. (Rigved mantra 10/125/4 refers). Listening to Vedas, worshipping God by performing agnihotra and thereafter practice of real form of Ashtang Yog Philosophy i.e. Yam, Niyam, Asan, Pranayaam, Pratyahaar, Dharnna, Dhyan, Samadhi, which is an eternal and everlasting unchangeable tradition, is only beneficial to the public as before, say Vedas.
Now what has happened that we have forgotten the origin of Yog philosophy, which are four Vedas and therefore by breaking the eternal tradition of first listening to original form of Yog philosophy from Vedas, unauthentic and commercialized form of Yog Philosophy has come into practice which will never be of any use to anyone. So, as before, everybody must first learn Vedas otherwise the true form of worship and Ashtang Yog philosophy which traditionally has been taught in India, will never be gained. That is why, learned of Vedas and Ashtang Yog Philosophy, are feeling sad because the present so-called yog teachers have mostly taken an extract of complete yog philosophy in the form of asan, pranayaam and meditation only against the fundamental of Atharvaved mantra 5/12/28, to satisfy their selfish motives, being ignorant of Vedas.
Yet, if some Yog teachers claim to preach complete Ashtang Yog Philosophy, mostly extract money from people and even donot preach and perform daily agnihotra, being ignorant of Vedas; such practice is unauthentic and not beneficial for the people.
We will also have to pay our attention towards Atharvaved mantra 11/3 (2)/32 and Patanjal Yog Darshan which preach that main motto of four Vedas and human-life is to realize God. As regards health, it automatically becomes the best of those who follow Vedas and complete Ashtang Yog. But in the present scenariossssss, mostly yog gurus have cut off the main motto of human-life and preach to improve the health through asan, pranayaam, meditation only, which is unauthentic.
So, on one hand where it is a matter of pride and joy that recently the world has celebrated 21st June as International Yog day but on the other hand, it is a matter of concern that the true and eternal form of Ashtang Yog, preached by God in Vedas and adopted by our ancient Rishi-Munis, for which India attained the title of Vishwa guru, is not being taught or spread.
You see, Ashtang Yog Philosophy emanates directly from Vedas and Vedas emanate directly from God. So, in the absence of vedic knowledge, the real form of Ashtang Yog under the eternal process of Acharya-disciple tradition, as was accepted in previous yugas without any monetary consideration, is not possible.
(Rigved mantra 10/181/1).
So, Yajurved mantra 7/8 inspires- Oh! Aspirant, desirous of Yog Philosophy, you are accepted with eight parts of Yog Philosophy to practise to get full command over it and to become a perfect Yogi. So, see that to realise God there is main role of knowing and doing hard practice of Ashtang Yog vidya mentioned by God in Vedas and not extract thereof as quoted above.
The study of above reveals that the eternal form of vedic Ashtang Yog Philosophy, comprising of eight parts, as per Yog Shastra Sutra 2/29, has been distorted by all means. This is also due to lack of knowledge of Rigved mantra 3/56/1 wherein it is said that fundamental laws of vedas including eternal Ashtang Yog Philosophy, can never be changed.
So, learned of Vedas and intellectuals must approach Government to provide vedic education for a period of atleast 20-30 minutes right from primary schools to university level to educate our children, to get progress in worldly matters (science etc.) as well as spiritualism as preached in Atharvaved mantra 11/3 (1)/26-31. Then only can we bring back the title of Vishwaguru and establish Ram Rajya in our country otherwise if culture is destroyed naturally country is destroyed.