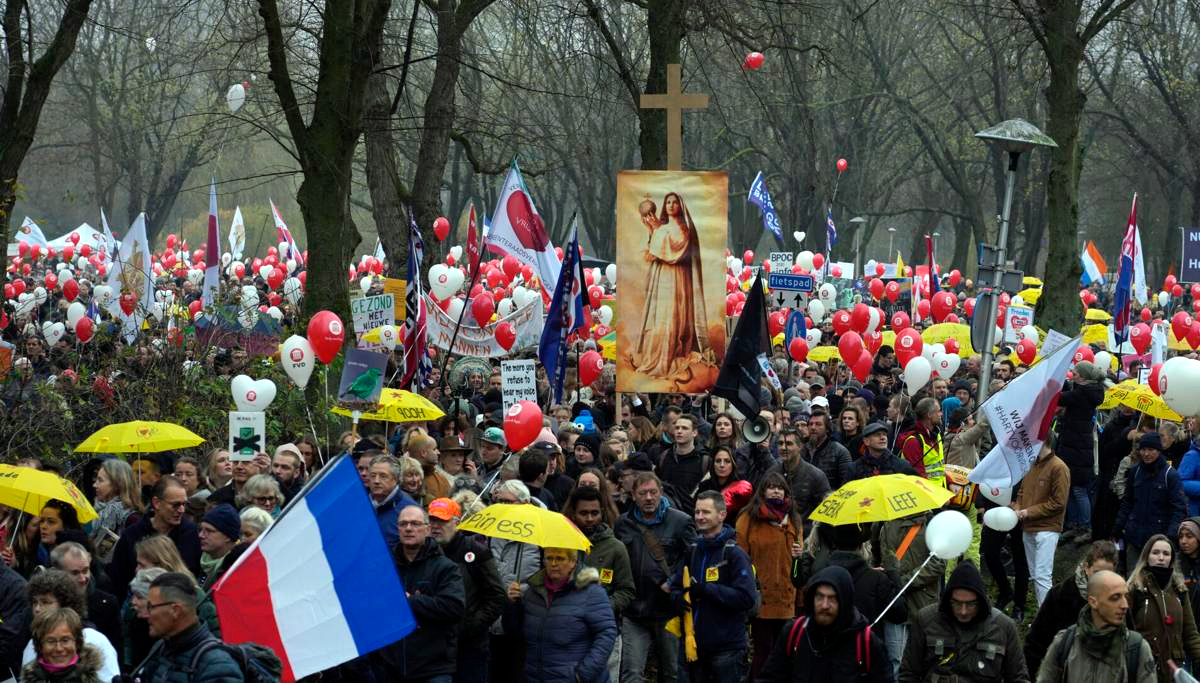 UTRECHT (THE NETHERLANDS), Dec 4: Thousands of people marched peacefully through the Dutch city of Utrecht on Saturday to protest the government’s coronavirus lockdown measures.
Holding balloons, umbrellas and banners, including ones that said: “It’s not right,” protesters watched by a large police presence moved from a park into the city centre without incident.
Siebke Koopman said he was demonstrating against more than just the Dutch government’s COVID-19 restrictions.
”The privatization of the health care and education, the involvement in the international conflicts that are nothing to do with the Netherlands, I think we must have more decision rights in those things,” he said.
“I think that demonstrating is the only way to show our sentiment peacefully.”
The Dutch Government imposed a partial lockdown three weeks ago and tightened it more a week ago as COVID-19 infections remained the highest they have been since the start of the pandemic.
Among the measures, all bars, restaurants and other public venues including stores selling nonessential goods have to close at 5 pm.
Dutch infection rates this week began to ease slightly but remain close to record highs.
A demonstration in the port city of Rotterdam shortly after the partial lockdown was announced last month degenerated into street violence so intense that police officers opened fire on rioters.
Meanwhile, the Dutch public health institute said Saturday that 18 passengers who flew back to the Netherlands from South Africa just over a week ago tested positive for the omicron variant.
The institute previously had said 14 tested positive for the new mutation.
More than 600 passengers arrived from South Africa on Nov. 26, the day the Dutch Government imposed a ban on flights from southern Africa amid concerns about omicron.
Travellers who had the new variant had either mild symptoms or no symptoms. (PTI)