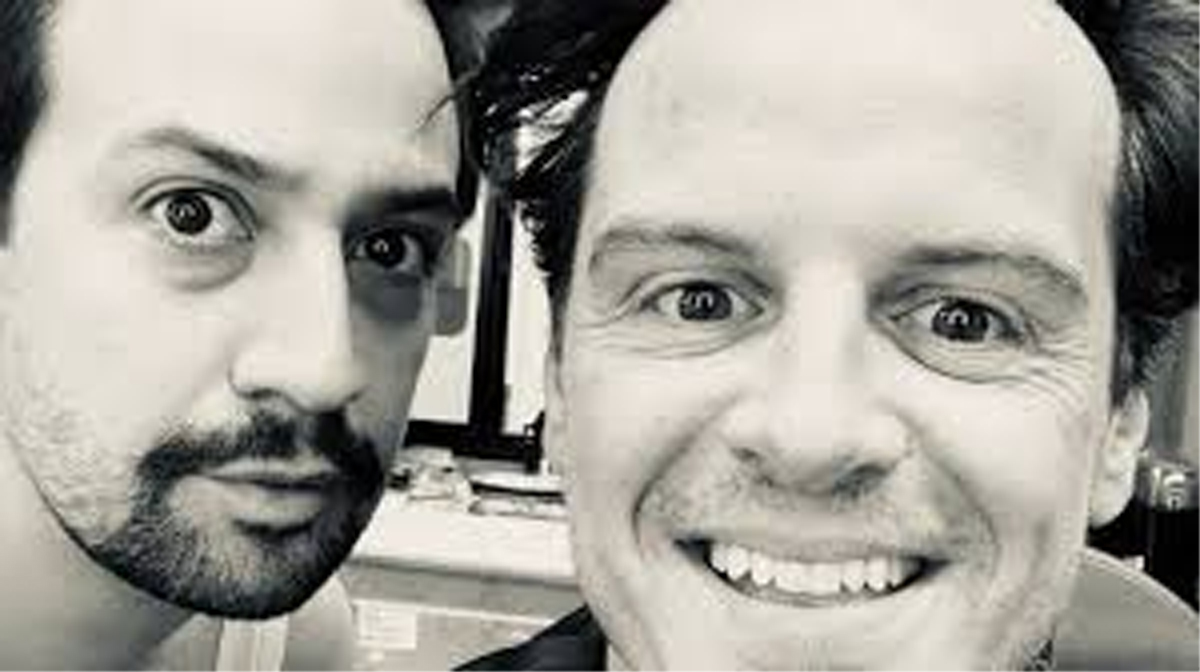 The show is an official adaptation of Philip Pullman’s novel and features an ensemble cast of Dafne Keen, Ruth Wilson, James McAvoy and Lin-Manuel Miranda.

“’So I have summoned you here, and you are to fly me northwards’ When Lee Scoresby met Jopari. @Lin_Manuel #AndrewScott #BehindTheScenes #HisDarkMaterials,” read the post alongside a photo of Scott with Miranda.

“His Dark Materials” is set in an alternative world where all humans have animal companions called dæmons, which are the manifestation of the human soul.

The story follows the life of young Lyra (Keen) who is an orphan living with the tutors at Jordan College, Oxford. She discovers a dangerous secret that involves Lord Asriel (McAvoy) and Marisa Coulter (Wilson).

In her search for her missing friend, Lyra also uncovers a slew of kidnappings and its link to the mysterious substance called Dust.

Scott will portray the role of Colonel John Parry, the father of Will Parry (Amir Wilson). Parry is also known as Dr Stanislaus Grumman or Jopari.

The 42-year-old actor, who became famous with his turn as antagonist Jim Moriarty in “Sherlock”, most recently starred in Phoebe Waller-Bridge’s “Fleabag” as The Hot Priest.

The show is slated to premiere in December. (PTI)