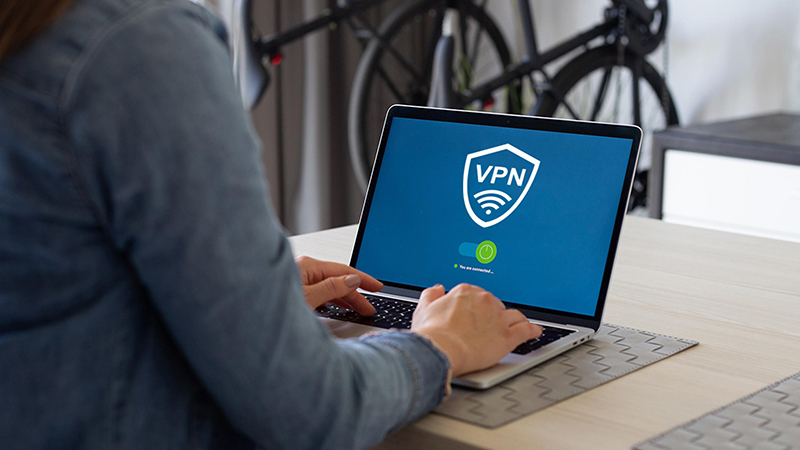 Niraj Dubey
A VPN, or Virtual Private Network, allows you to create a secure connection to another network over the Internet. VPNs can be used to access region-restricted websites, shield your browsing activity from prying eyes on public Wi-Fi, and more.These days VPNs are really popular, but not for the reasons they were originally created. They originally were just a way to connect business networks together securely over the internet or allow you to access a business network from home.VPNs are a fairly simple tool, but they can be used to do a wide variety of things: – access a business network while traveling, hide your browsing activity from your Local Network and ISP, access geo-blocked websites,downloading files: Yes, let’s be honest – many people use VPN connections to download files via BitTorrent. VPNs essentially forward all your network traffic to the network, which is where the benefits – like accessing local network resources remotely and bypassing Internet censorship – all come from. Most operating systems have integrated VPN support. One of the most important skills any computer user should have is the ability to use a virtual private network (VPN) to protect their privacy. A VPN is typically a paid service that keeps your web browsing secure and private over public Wi-Fi hotspots. VPNs can also get past regional restrictions for video- and music-streaming sites and help you evade government censorship restrictions-though that last one is especially tricky.
Technical Significance of VPN
In very simple terms, a VPN connects your PC, smartphone, or tablet to another computer (called a server) somewhere on the internet, and allows you to browse the internet using that computer’s internet connection. So if that server is in a different country, it will appear as if you are coming from that country, and you can potentially access things that you couldn’t normally. Many people these days are using a VPN for torrenting or bypassing geographic restrictions to watch content in a different country. They are still very useful for protecting yourself while working at a coffee shop, but that’s hardly the only use anymore.Depending on your needs, you can either use a VPN from your workplace, create a VPN server yourself, or sometimes host one out of your house – but realistically the vast majority of people are just looking for something to protect them while torrenting or help them watch some media online that they can’t seem to access from their country.The easiest thing to do is simply head to one of these sites, sign up, and download the VPN client for your Windows PC, Mac, Android, iPhone, or iPad. It’s as easy as that.ExpressVPN – This VPN server has the best combination of ease-of-use, really fast servers, and supports streaming media and torrenting, all for a cheap price.Tunnelbear – This VPN is really easy to use, is great for using at the coffee shop, and has a (limited) free tier. It’s not good for torrenting or streaming media though.StrongVPN – not quite as easy to use as the others, but you can definitely use them for torrenting and streaming media.
How Does a VPN Work
When you connect your computer (or another device, such as a smartphone or tablet) to a VPN, the computer acts as if it’s on the same local network as the VPN. All your network traffic is sent over a secure connection to the VPN. Because your computer behaves as if it’s on the network, this allows you to securely access local network resources even when you’re on the other side of the world. You’ll also be able to use the Internet as if you were present at the VPN’s location, which has some benefits if you’re using pubic Wi-Fi or want to access geo-blocked websites.When you browse the web while connected to a VPN, your computer contacts the website through the encrypted VPN connection. The VPN forwards the request for you and forwards the response from the website back through the secure connection. If you’re using a USA-based VPN to access Netflix, Netflix will see your connection as coming from within the USA.Using a VPN in the U.S. is currently legal. However, if you use a VPN to commit an act that is illegal without a VPN, it is still illegal when using one. That may include downloading and selling copyrighted information, hacking into computers or networks without authorization, and cyber stalking.Virtual Private Networks (VPNs) encrypt your connection to the internet and stop you being tracked or hacked while you’re online – and there are plenty of perfectly legal reasons for wanting to use a VPN.VPNs are great for protecting your online privacy. With a VPN enabled, you can disguise your IP address and prevent the government, your internet provider, or third parties from monitoring what you’re up to online.While there are plenty of perfectly legal reasons you might want this degree of privacy, VPNs understandably appeal to those looking to hide less savoury activities, including illegal downloads and use of the darknet.
(The author is Sr Faculty & Chief Warden(GCET – Jammu)