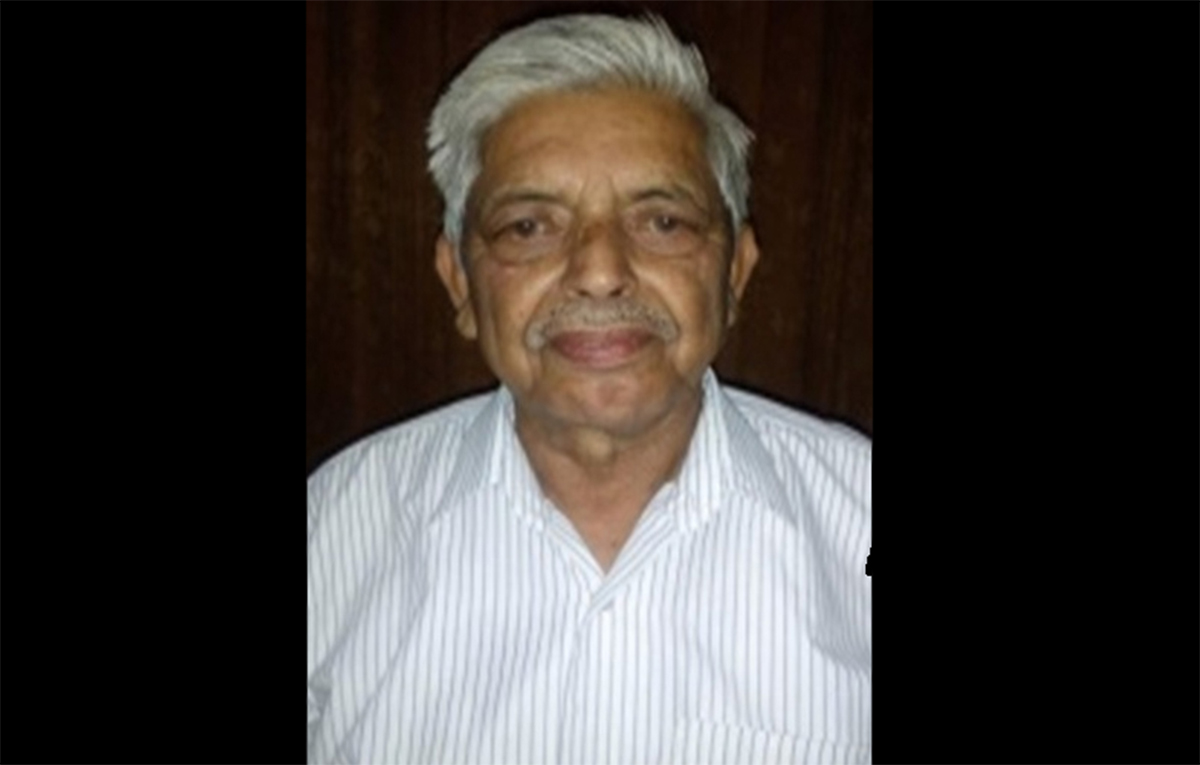 While witnessing mother tongues being ignored at the cost of English or other languages, survival of Dogri language might be a concern for inhabitants of the Jammu region. Dogri lovers raise their voice that some concrete steps have to be taken for its survival. They advocate that writers have a pivotal role to play at this juncture. But it is significant to add here that the writers have already been working in this direction. One of the celebrated names is Prakash Premi.
He is very polite and knowlegeable ready to share his knowledge with others. He has the privilege of hailing from that region which has produced eminent writers in the past and is regarded as the hub of Dogri writers where mother tongue is still at its prime being less effected by the invasion of alleged modernization.
Prakash Premi, born on August 16th’ 1943 in the family of Pt. Beli Ram Sharma and Pessaro Sharma at Vill. Kasoori, Ser Manjhala, Tehsil Ramnagar and District Udhampur is a prominent writer who has always cast an impression with thought provoking and valuable additions to Dogri Literature. He is Post Graduate in Hindi, Sanskrit, and Dogri and is B-Ed (C.C) Prabhakar.
Writing in mother tongue has been his passion. He has more than seven books to his credit (original works) that include ‘Trumban’_ satire and humour, ‘Ik Kothi Das Duar’_ Short Stories, ‘Beddan Dharti Di’_ An Epic, ‘Lalkar’_ Collection of, monograph of ‘Shiv Nirmohi’ and ‘Prof. Madan Mohan Sharma’ all in Dogri and ‘Swami Nityanad Ji’_ biography in Hindi.
He has also translated many books. The major ones include monograph of Nirala and Dinkar from Hindi into Dogri, ‘Apni Dafali Apana Raag’ Mohan Singh’s Dogri plays into Hindi, ‘Dehari Da Diya’_ a novel by Dr. Gurdial Singh from Punjabi into Dogri, ‘Aakash Aparichit Dhara Paraaa’- Darshan Darshi’s Dogri novel into Hindi, ‘Unnisau Santali’ -Desh Bandhu Dogra Nutan’s Dogri novel into Hindi, ‘Manipuri Kahaniyan’ from Manipuri into Dogri language etc. Moreover he has some noteworthy works in press that include translation of ‘Shiv Tandava’, ‘Bhawani Ashtak Nirvan Shataka ‘ & ‘Bhag Govindam’ etc. and ‘Constitution of India ‘ along with other authors.
It’s a fact that in modern times when so many writers have mushroomed keeping only one agenda in mind to ensure awards, there are devotes like Prakash Premi who believe in giving expression to their thoughts without caring for selfish gains. They work for the welfare of language rather than having focus on getting handsome return for whatever the effort is made. Fortunately Dogri language has no dearth of such devotees.
Amazingly, Prakash Premi has full command on the language and has always been at the forefront to help needy ones. He takes it as his prime duty to spread mother tongue and help the new entrants in literary arena so that their works get a class and are admired by the critics as well as literature lovers. There are many literary personalities from the region who owe a lot to Prakash Premi for whatever they have achieved till date. He gains respect from his followers like a Guru, as was evident in ancient old Guru – Shishya Prampara.
Prakash Premi’s contribution to Dogri literature has been recognized by different organizations by awarding and honoring him from time to time. The major awards include Sahitya Academy Award-1987, Sahitya Academy Translation Award – 2010 etc. He has been honoured by All India Radio Jammu, JK Academy of Art, Culture & Languages, Dogri Sanstha, Jammu and many other literary and social organizations of J&K.
However, Prakash Premi is of the view that love and affection derived from his readers matters most. After all, it’s only readers who inspire the writers to innovate more and express the feel in words with all creativity. The response that he gets from listeners of All India Radio and on spot reaction from poetry lovers at different platforms indicates that he is a versatile writer who knows the nerve of his listeners and serves them as per their wishes thus enamoring the gatherings. He knows the trick of winning over the audience with fascinating poetry backed by captivating delivery.
About the threat to survival of mother tongue, he is of the opinion that in the changing world scenario’ the problem is being faced by mother tongues globally and Dogri is not an exception. But the point of concern is that others are quite anxious about this problem and several measures are being taken for the survival voluntarily. The focal point should be what we are doing to take our sweet language out of this crisis. Of course, it has to be addressed which is possible only if we realize that it’s Maa Boli. When its mother, then it should have all the grace and respect that it is entitled to. Start speaking Dogri at home and encourage children to interact in own language. Never feel shy or disgraced to speak mother tongue. Only then we may proclaim that in real terms we have also been contributing for its survival rather than attending seminars and involving in discussions thus posing as the real activists. Moreover, when it’s moral responsibility of every Dogra then why to make any effort a hype.
Serve mother tongue like worship.
He is happy that different local organizations have started awarding the young writers. Only the writers should be sincere enough towards the cause and their initiatives should not be limited to awards only. The recruitment of 49 Assistant Professors for Dogri in different colleges also serves the purpose and encourages the youths for survival at professional front too. The need of hour is that we should inspire kids to opt Dogri as a subject in school and colleges.
Honestly speaking, those who work don’t need to claim.
The works of Prakash Premi are a valuable treasure to Dogri Literature. The Dogri lovers hope that he will go on contributing more and more to it as mother tongue needs class literature.