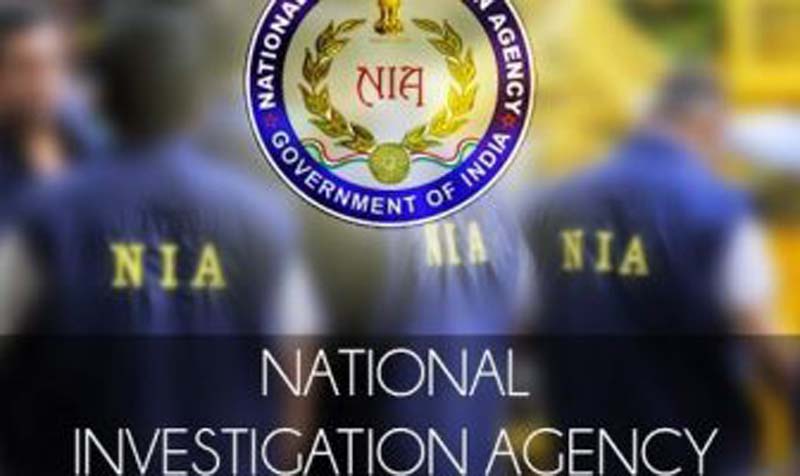 *18 arrested ultras to be handed over to investigators

JAMMU, Nov 4: In a major decision aimed at streamlining investigations in terror cases, the Union Ministry of Home Affairs (MHA) today handed over three important militancy-related incidents including the killing of prominent Rashtriya Swayamsevak Sangh (RSS) functionary Chanderkant Sharma and his PSO Rajinder Singh in the heart of Kishtwar town, to the National Investigating Agency (NIA). With this, all four major terror strikes in Kishtwar town during past one year have been given to the NIA.
Three militants were killed and around dozen and a half arrested by Kishtwar police during past about two months in stepped-up efforts against the militancy, which was revived by Hizbul Mujahideen, Lashkar-e-Toiba and Jaish-e-Mohammed outfits in Kishtwar district with the killings of top BJP leader Anil Parihar and his brother Ajit Parihar on November 1 near their houses.
Official sources told the Excelsior that on request of the J&K Government, the Union Ministry of Home Affairs has transferred three more terror cases of Kishtwar district to the NIA for investigations as it had surfaced during preliminary probe by the police that group of same militants was involved in the terror attacks including killings of Parihar brothers and three other incidents.
After receiving the Home Ministry order, the NIA has registered three First Information Reports (FIRs) in the three cases transferred to it by the MHA from Kishtwar police.
The cases handed over to the NIA by the Ministry of Home Affairs included killing of the top RSS functionary Chanderkant Sharma and his PSO Rajinder Singh on April 9 this year inside the District Hospital Kishtwar, snatching of AK-47 rifle from the Deputy Commissioner Kishtwar’s Personal Security Officer (PSO), Daleep Kumar at his residence in Kishtwar town on March 8 and another weapon snatching incident involving PSO of People’s Democratic Party (PDP) district president Sheikh Nissar on September 13 near the town after three militants barged into the house and held the family members hostage.
Prior to these three terror incidents this year, the militants had on November 1, 2018, gunned down BJP leader Anil Parihar and his brother Ajit Parihar near their house. The case of Parihar brothers was handed over to the NIA by the Home Ministry within days of the killings.
“With today’s order of handing over investigations of three terror attacks to the NIA, all four major terror incidents which took place in Kishtwar during last one year, beginning with the killings of Parihar brother, have gone to the NIA,” sources said, adding that since one group of the Hizbul Mujahideen militants was involved in all four cases, the Centre was of the view that investigations should be carried out by the single agency for speedy probe.
While the NIA registered three separate FIRs today, Kishtwar police will hand over the case diaries of the three cases as well as nearly one and a half dozen militants arrested in connection with the terror attacks to the NIA after completion of all legal formalities, sources said.
Involvement of some influential persons in abetting terror incidents was also one of the reasons behind transfer of three terror cases from Kishtwar police to the NIA, they said, adding that Kishtwar police has already registered a FIR against brother of prominent Congress leader and former Minister Ghulam Mohammad Saroori.
According to sources, seven to eight militants were still believed to be active in Kishtwar district, some of whom belonged to South Kashmir while others were locals. Three militants were killed by security forces at Batote in Ramban district of Jammu-Srinagar National Highway last month when they were heading from Kishtwar district to South Kashmir. They were involved in the terror incidents of Kishtwar.
Sources said out of one and a half dozen militants arrested in Kishtwar during last couple of months, majority of them were involved either directly in the terror attacks or had helped the militants in carrying out the attacks. The arrests have proved useful in containing the militancy in Kishtwar, which had been revived by the militants after more than a decade of peace with the killings of Parihar brothers.
Recently, Kishtwar and Doda district police had announced handsome reward on five top militants operating in the districts.