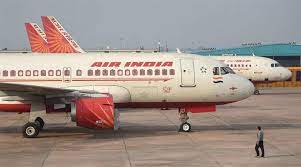 NEW DELHI, Dec 29: Had this new Omicron variant not surfaced, India’s aviation industry would have this month reached 85-90 per cent of pre-Covid passenger count in December 2019. But with advance bookings getting axed, the outlook for 2022 is anyone’s guess.
As domestic operations were suspended in March 2020 in the wake of Covid-19 and operations were resumed in May-end permitting airlines to operate only 33 per cent capacity, the industry players suffered a major blow and the year was a virtual washout.
But with the Covid situation improving and the government cautiously opening the sector for passenger traffic, 2021 started on a positive note.
The sentiment was short-lived as a second wave of pandemic hit the sector badly. As the infection count dissipated, the airlines again saw travellers returning giving amid signals of normalcy.
The Government allowed airlines to operate full capacity from October 18 and passenger numbers swelled. Gaining more confidence with each day, the government announced it would resume even regular international flights.
But soon the Omicron scare started, adding to the airlines’ woes.
The year 2021 has, therefore, been a mixed bag of hope and disappointment for airlines. Some turned challenges into opportunities, becoming more efficient and gearing up for long haul.
It is no mean achievement that all the airlines have managed to survive and none going belly up. Once considered one of the finest airlines, Jet Airways collapsed much before the Coronavirus crisis.
The airlines have not only withstood the pandemic of this magnitude, they have also managed to fly in the face of sharp increase in jet fuel cost.
Suprio Banerjee, Vice President and Sector Head, ICRA, noted that Aviation Turbine Fuel (ATF) or jet fuel price has gone up 67 per cent on a YoY basis as of December.
“With scheduled international operations yet to start and domestic passenger recovery still a work-in-progress, the Indian aviation industry is estimated to report a net loss of Rs 25,000-26,000 crores in FY2022, with recovery in domestic passenger traffic to pre-Covid levels expected only by FY2024,” Banerjee said.
Despite challenges ahead, new players are pinning high hopes on pent-up demand, revenge travelling, increase in discretionary spends and economic growth.
Billionaire investor Rakesh Jhunjhunwala-promoted Akasa Air is betting big on domestic aviation and plans to launch operations next year. Jet Airways 2.0 is also gearing up to fly back into the skies.
The two carriers are ready to take on the challenges and ready to burn cash initially to reap rich dividends later.
“CAPA India expects domestic recovery by Q2 of FY23 and international by FY24 and this does not factor in the impact of Omicron. We don’t see airlines profitable in FY23 at this stage,” said Kapil Kaul, Chief Executive (India subcontinent), Centre for Asia Pacific Aviation (CAPA).
Among significant milestones, Air India disinvestment is set to top the chart in 2021. With a share purchase agreement (SPA) signed with acquirer Tata group, the national carrier’s privatisation is a formality now.
With Tatas consolidating its position in the Indian aviation sector, competition is set to heat up and those on weaker wickets could be targets of potential acquisition.
“We continue to believe consolidation is inevitable,” predicted Kaul.