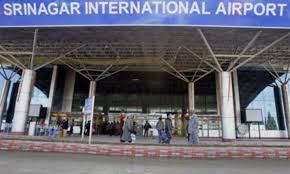 SRINAGAR: The air traffic in Kashmir was suspended on Wednesday due to bad weather conditions, forcing cancellation of 22 flights, an official said.

“The flight operations at Srinagar airport were hit today due to bad weather in the wake of snowfall,” an official of the Airports Authority of India (AAI) said.

He said the snowfall which intensified towards the afternoon forced the cancellation of 22 flights.

“Five flights were able to operate in the morning. However, due to bad weather, it was not possible to operate other flights – leading to the cancellation of 22 flights,” the official added. (AGENCIES)