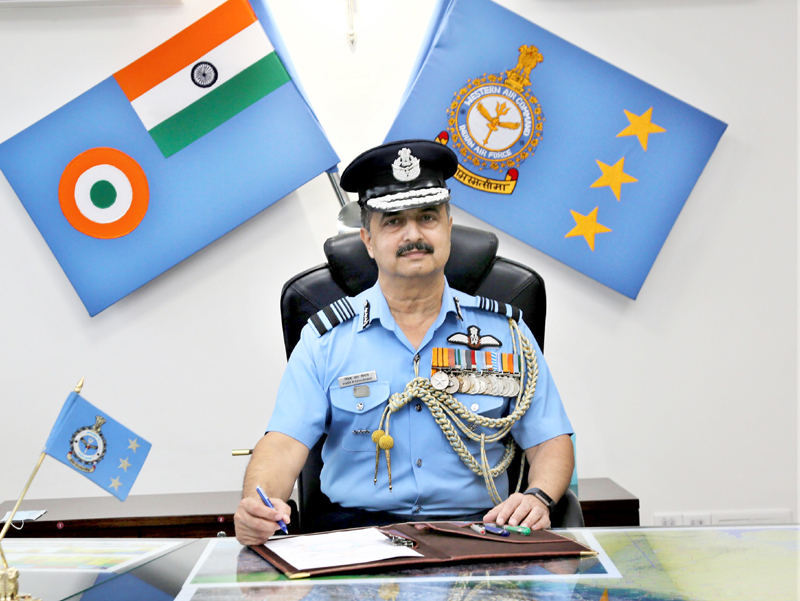 NEW DELHI, Aug 1:
Air Marshal Vivek Ram Chaudhari today took charge as Commander-in-Chief of the Indian Air Force’s Western Air Command (WAC) which looks after the security of the country’s air space in the sensitive Ladakh sector as well as various other parts of north India.
He succeeded Air Marshal B Suresh who retired from service.
An alumni of the National Defence Academy, Air Marshal Chaudhari was commissioned into the fighter stream of the IAF on December 29, 1982.
In a distinguished career spanning nearly 38 years, the officer has flown a wide variety of fighter and trainer aircraft in the inventory of IAF. He has a flying experience of more than 3,800 hours, including operational flying on MiG-21, MiG-23 MF, MiG 29 and Su-30 MKI fighter jets.
Air Marshal Chaudhari held numerous important positions. He was the commanding officer of a frontline fighter squadron and has also commanded a frontline fighter base. As an Air Marshal, he held the position of Deputy Chief of the Air Staff.
His appointment as chief of the WAC comes when it is enhancing operational deployment in eastern Ladakh in view of the border row with China.
The IAF has been carrying out night time combat air patrols over the eastern Ladakh region in the last few weeks.
It has already deployed almost all its frontline fighter jets like Sukhoi 30 MKI, Jaguar and Mirage 2000 aircraft in frontier bases in Ladakh as well as in several other places along the Line of Actual Control (LAC).
Air Marshal Chaudhari was also involved in the Rafale acquisition programme.
He was serving as senior air staff officer in Eastern Air Command before assuming the charge of the Delhi-headquartered Western Command.
In recognition of his distinguished service, the Air Marshal was awarded Vayu Sena Medal in January 2004 and the Ati Vishist Seva Medal in January 2015. (PTI)

2076 dropouts re-enrolled under ‘Back to School’ Prog

Every section of society fed up with anti-people BJP: Bhalla