The Asian Development Bank (ADB) today lowered India’s economic growth forecast for the current fiscal to 6.7 per cent from 7 per cent, citing lingering effect of demonetisation, transitory challenges to GST and weather-related risks to agriculture.
For 2018-19, India’s GDP is projected to grow by 7.3 per cent, slower than ADB’s previous estimate of 7.4 per cent.
The downgrade in projection comes weeks after Indian economy reversed a five-quarter slide in GDP growth to clock a 6.3 per cent expansion in July-September.
In its Asian Development Outlook Supplement, ADB said growth is expected to pick up in the remaining two quarters of the fiscal ending March 31, 2018, as “the government implements measures to ease firms’ compliance with the new goods and services tax (GST)”.
Growth would also be supported by government efforts to improve balancesheets of state-owned banks, in part through an augmented bank-recapitalisation programme — and a supportive global environment.
“However, owing to tepid growth in the first half of 2017-18, the lingering effects of demonetisation in November 2016, transitory challenges of a new tax system, and some risks to agriculture stemming from a spotty monsoon in 2017”, the economic growth forecast has been lowered, it said.
For the next fiscal, the projections have been revised down “mainly because a faster recovery in crude oil prices likely in 2018 will add fiscal pressure, and because private investment growth is expected to remain soft”, it said.
ADB said inflation in India remained subdued in the first seven months of 2017-18, averaging 2.7 per cent, with low food prices and demand still not out of the woods because of demonetisation.
“However, inflation has picked up since July 2017 on a price uptick for food, especially pulses and vegetables. Fuel prices also inched up in response to rising global crude oil prices,” it said.
The prices, ADB said, are expected to increase further in the remaining months of the fiscal. Inflation is now projected to average 3.7 per cent in 2017-18, somewhat below the 4 per cent earlier forecast.
Prior to ADB, the World Bank reduced India’s GDP growth forecast to 7 per cent for 2017-18, from 7.2 per cent estimated earlier, blaming disruptions caused by demonetisation and the implementation of GST, while maintaining at the same time that the economy would claw back to grow at 7.4 per cent by 2019-20.
The Organisation for Economic Cooperation and Development (OECD) has also cut its growth projections for India to 6.7 per cent for 2017-18.
Fitch Ratings on December 4 lowered its forecast for India’s growth for the current fiscal to 6.7 per cent from the earlier projected 6.9 per cent, saying the rebound was weaker than expected.
It also cut GDP growth forecast for 2018-19 to 7.3 per cent from 7.4 per cent predicted in its September Global Economic Outlook (GEO).
Moody’s last month projected India’s real GDP growth to moderate to 6.7 per cent in the current fiscal, from 7.1 per cent last year.
While GST and demonetisation have undermined growth over the near term, real GDP growth will rise to 7.5 per cent in 2018-19 as disruption fades, according to Moody’s.
According to Standard & Poor’s, India’s growth is among the fastest of all investment-grade sovereigns and projected real GDP expansion to average 7.6 per cent over 2017-20. (PTI) 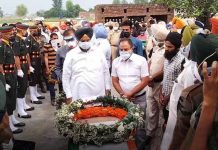 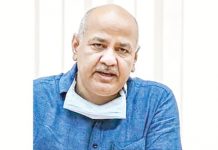 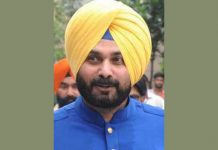 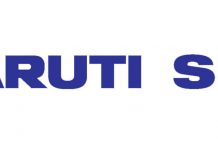 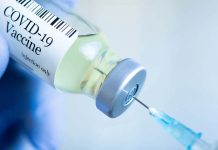