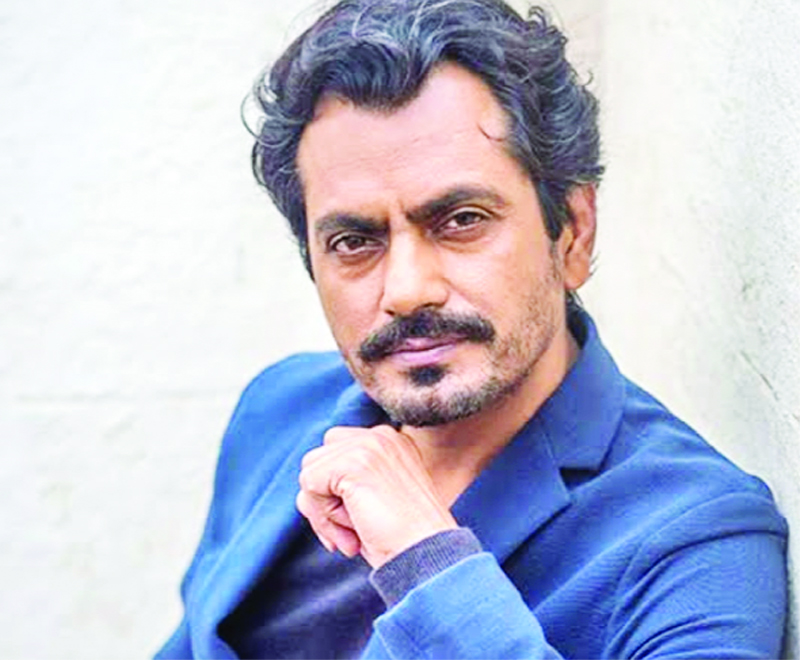 Acting is his way of discovering new dimensions about human existence, a process that is endlessly fascinating, says Nawazuddin Siddiqui, describing each character he plays as an ocean that throws up “better things” the deeper you go.
Siddiqui, basking in back-to-back successes with “Raat Akeli Hai” and “Serious Men” on Netflix, said he missed being on the sets during the long months of the lockdown though it initially felt like a good break.
“As actors, we like to be in the middle of people. I spent the first two three months well but by the fourth month, I started missing people. Human beings cannot live without other human beings. Work will come on track sooner or later but I just hope that people stay positive and support each other,” Siddiqui said.
The National School of Drama (NSD) graduate, known for critically-acclaimed films such as “Gangs of Wasseypur”, “The Lunchbox”, “”Badlapur”, “Manto” and “Photograph”, said he got a chance to team up with two talented directors in Honey Trehan (“Raat Akeli Hai”) and Sudhir Mishra (“Serious Men”). “I came to this industry with the hope of discovering new characters and giving them new dimensions. It does not matter that you fail in the process… there is always an attempt to discover a new dimension about human existence through my characters.” Any role, the 46-year-old added, throws up new challenges, which is why he keeps everything aside and disconnects from the world during the period. “I see a lot of possibilities in every role and I want to say so many things through it. A character is like an ocean, the deeper you go, the better things you discover. You get introduced to new worlds. This process fascinates me a lot.”
Siddiqui, who made his debut with a small role in “Sarfarosh” in 1999, said cinema did not have space for actors like him at the time. But OTT (over the top platforms) has changed the game completely.
“When I started, there were not many channels. They would show our plays because they did not have many programmes. Eventually, we moved to cinema but it did not have a space for a personality like me because even if you had to show a beggar, that beggar was required to have a good build. That was the concept at that time.” There has been a change in the last one decade with the entry of new directors who have brought their own idioms and are stubborn about their vision.
“The (OTT) medium wanted talented actors and content. It ended the star system and one of the big reasons for it is that it is a liberating and a democratic platform where we get the same space that a superstar’s work gets. “Otherwise, a superstar’s movie releases in 5,000 screens, a number that actors like us don’t get. If you release a film in 400-500 screens and expect that it earns a certain amount over the weekend, then that’s not possible. Such movies also get bad show timings like 11 in the morning or 11 at night.”
Siddiqui believes that people in a film loving culture like India want to watch different kinds of movies but the distribution model favours only a certain type of cinema.
“When my film is not working at the box office, it means that it is not getting the screen but once it is on OTT, it works. If a good film is not working, it is not on the audience. They want to watch the movie but they don’t have access in the theatre. Our distribution model is faulty…”
Siddiqui, who rose to stardom after spending years on the margins in small roles, remembers the cinema moment that inspired him to become an actor.
“There is a scene in ‘Ek Doctor Ki Maut’ between Pankaj Kapur and Shabana Azmi. They are walking towards the ocean and Pankaj’s character says, ‘Do you see the stars twinkling in the sky. I feel they want to send a message to us, a challenge to understand their mystery but humans keep fighting among themselves. But there are people who accept this challenge’.
“I was so inspired by this dialogue that I immediately joined a theatre. It is a 25-30 year old story that I am telling now. I still have the same thought that I will keep trying even if I fail sometimes. I will keep inventing something new in my characters,” he said. What about his legacy as an actor?
Siddiqui said he had not given it much thought but it should be about trying to find some kind of truth in his profession. “I think we come into this world to discover something new, some kind of truth in it for the coming generation in our given fields. That can be the gift to those coming after you and what can be bigger than discovering the truth… Perhaps this is why we are born in this world,” he said reflectively.
The lockdown, which came into effect across India in March when the number of COVID-19 cases started rising, gave him a lot of time to introspect and think about the climate and human existence in general and how this generation has ruined the environment. “I also saw a lot of movies during this time. Mostly European cinema and movies of my favourite actors like Anthony Hopkins, Denzel Washington, Kamal Haasan. I watched all of their movies.”
The actor said the lockdown exposed the young generation to world cinema and that, hopefully, will lead them to explore good cinema in India. “Otherwise, the vicious circle will continue with people watching typical formula films. But I am hopeful that those who have watched world cinema will make better choices.”